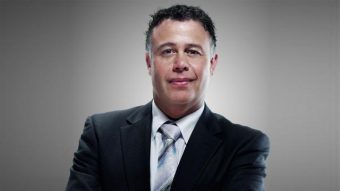 HP executives, including CEO Dion Weisler, have been opening up about its Apogee acquisition and the UK channel.

As CRN reports, Weisler was speaking during HP’s recent Reinvent conference and revealed that the acquisition of Apogee has helped the OEM shape its managed print strategy in Europe’s “very fragmented market”.

“You have lots of different countries and there is no single large European provider of managed print services.

“We made it clear that we were going to be an extremely serious partner in the A3 copier space. We made a $1 billion (£758 million/€889.9 million) acquisition of Samsung’s printer business and we made a very sizable acquisition in Apogee.

“We wanted to learn about how to really drive the services and solutions that matter most for our customers, and we wanted to participate in the profit that is driven from services.

“The acquisition of Apogee is all about achieving both those objectives.”

While he could not yet offer an in-depth evaluation of the progress HP has made with Apogee since the acquisition, he said that Apogee has been maintaining the strategy it was already following before being purchased by the OEM.

“It’s very early days – we’re one quarter into the programme right now and we are pleased with the progress we are making,” he said.

“We can amplify that across our entire channel community and we think that is good for us overall. And it helps accelerate our understanding and critical mass in this business.

“Getting a foothold in a very important market like the UK with a highly acquisitive company like Apogee – that is set up to operate like any other channel company – and allowing them to continue their strategy to become a pan-Europe provider of these solutions.”

Tuan Tran, who heads up the business unit of HP responsible for Apogee, weighed in, saying, “We have kept them at arm’s length and we want them to continue to grow”.

“Allowing them to do that gives us access to that channel.”

Shifting the focus to HP’s current successes in the UK, the company’s UK and Ireland channel leader, Neil Sawyer, revealed that device-as-a-service is proving as much of a boon for the company as managed print.

“The enthusiasm continues around device-as-a-service,” he said.

“That is a big focus area for HP and we have had some really good successes with a number of partners over the last 12 months.

“Softcat has transitioned a lot of its focus to a service-led economy with PC and laptop sales, and learned the skill from the ground up internally. Total Computers are pushing that message, and SCC are as well.

“One of the opportunities that HP has to add value to the managed print service industry is that they have specialisms in managed services already, selling print devices. There is no reason why they can’t talk about selling other technologies.”

“If the UK and Ireland’s channel could act as consultants for the rest of the world’s channels, we would be in a very strong position because they are often the thought leaders and the pioneers across the globe,” he continued.

“We have various resellers that are representing those subjects from the UK. Softcat are talking about device-as-a-service and Total Computers are standing on the global stage in front of other resellers talking about how they’ve got into it. For me, from a pure UK and Ireland point of view, that is great for our industry.

“We should be really proud of that. We are here representing the UK and Ireland as much as we are HP.”