Why MPS is essential for solution providers 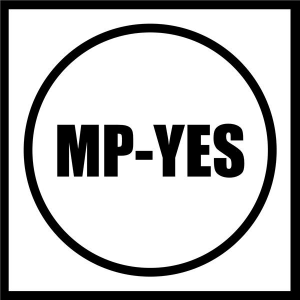 According to OEM representatives and channel partners, solution providers are depriving themselves of revenue if they neglect MPS.

As CRN reports, as the adoption of MPS is still not particularly widespread among SMBs “there is a lot of room for growth”, according to Greg Chavers, who serves as Vice President of North American Sales at Lexmark.

“The upside is that there’s great upside. There’s a great growth opportunity for partners to pursue managed print services with their particular customer set,” Chavers went on. “The issue is you’re going from transactional business to contractual business.”

As for channel partners who neglect to implement MPS, they are offering a “side door” for other solution providers to claim their customers. This is according to John Reilly, Vice President of U.S. Channel Sales at Xerox.

“If you’re treating print as a third-tier category still, like it’s just a box and a commodity, your competition’s going to find that side door, and they’re going to offer a value-based service at pretty good margin,” Reilly said.

Reilly also explained that “managed print services are the best way to capture a customer’s repeatable business, like supplies and break-fix, which could otherwise go to a discount supplier”.

“Supplies replenishment, has great margin opportunity,” he said. “You go to the next level of actually doing design services and consulting services and sustainability services, that’s another consulting fee and margin that you can layer on top, and then if you actually start to manage the vertical software, it’s another opportunity.”

Dan McDonnell, vice president of U.S. Print Channel at HP, has also been contributing to the discussion, saying that “a lack of education of the sales force is one of the reasons partners are not more aggressively pursuing managed print opportunities”.

“There is risk if partners are not investing in the right ways, if they’re not educating and training their sales force to go after the managed print business,” McDonnell said. “That’s where the customer’s going. It’s not us so much, and it’s not the channel. It’s the customer.” 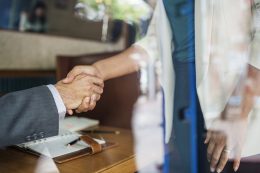 Meanwhile Jeff Bryant of Cesco, a Lexmark partner, has also expressed the view that another contentious issue is “how to compensate the sales force in a managed print model.”

“I really think it’s an education/[compensation] plan issue,” he said. “I think a lot of times your sales reps get comped on the box, and maybe a little bit on an extended warranty. Not everybody comps on clicks. Not everybody comps on percentage of pages. It’s a tough way to manage a comp plan when you do that. A lot of the sales reps out there, they mainly get comped on the box. That’s why they’re pushing it.”

The OEM representatives have also been explaining their own approach to selling MPS in collaboration with their partners.

According to Reilly, Xerox takes the approach of “easing partners into selling MPS” by allowing the partner to “take the workload that is most comfortable for their business”.

“Xerox Partner Print Services is that modularised MPS solution that basically says break/fix level one, supplies replenishment, whatever the portion of MPS it is that you’d like to do as a partner, based on your financials, your capabilities, whatever infrastructure you have or want to build, we’ll do anything you don’t want to, and then allow you to take that sale as a top-line revenue sale,” he said.

At Lexmark, Chavers explained that “the goal is to help partners move from being a salesperson with a box, to becoming a trusted advisor.”

“You’re looking to become a consultant to the customers, a trusted advisor, and you’re going to help them impact their business workflow in a positive way,” he said. “We’re looking for more and more customers that are looking at us to manage their entire output infrastructure. So, it’s not just the devices, the supplies, proactive consumables management, services management, but it’s also the print servers, it’s also the drivers, it’s also the output management software. So, it’s managing that entire output infrastructure.”

Finally, McDonnell of HP has revealed that partners who fail to embrace MPS “risk being left behind.”

“The evolution is happening now, and for the partners to differentiate themselves, they are going to have to commit, invest, and step up,” he said. “It’s moving pretty quick. Customers are asking for it, and I do think there’s risk if partners are not willing to invest and go after that business.”