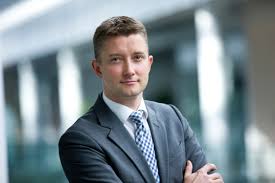 The OEM’s “channel veteran” is leaving the company after 15 years of service, as CRN reports.

Jensen, who “played a critical role in driving partner sales momentum”, has opted to leave his post at HP in order to seek out “new opportunities”.

He made his plans known via an email to HP partners, saying, “It has been a privilege to have been part of so many facets of HP, but after 15 plus years over two tenures, I feel it is a good time to pursue new paths”.

He went on to write, “I have been with HP in the Nordics and Europe – worked on merging the print and PC business in Denmark […] Later, moving to the US and being part of the unique experience of separating the company and participating in setting us out for success as HP Inc. and finally, taking part in defining the path forward towards 2020 & 2025. This is the right and best time for me to move on to something new.”

“He was and is very respected in the channel,” said Romanowski, who collaborated with Jensen on HP’s Partner Advisory Council. “He was the face of the channel for HP and did a lot of good work for partners. Thomas was the liason, the glue that kept the HP channel together. He had a very big impact on the channel and the entire HP community.”

Jensen also “deserves credit” for maintaining the OEM’s momentum during its well-documented split from Hewlett Packard Enterprise in 2015.

“Thomas was instrumental in making sure the split went well for partners,” said Romanowski. “He was in the thick of that split which helped ensure that there was a sharp focus on printing, PC compute and managed print for HP as a separate company.”

“He accomplished great things with HP and felt it was time to move on,” Romanowski concluded. “Over those 15 years, Thomas travelled all over the world for HP developing new programs for partners. That takes a lot of work. Kudos for him. He did a wonderful job. All of us in the partner community will miss him and wish him the best.”

When contacted by CRN for comment, Jensen stated, “HP is one of the best companies in the world […] I take a lot of pride in knowing I worked for HP for 15 fantastic years. I look back on those 15 years with great pride and joy. I am absolutely thrilled to have been part of the HP journey through the separation, helping to set up the company for a successful future with the channel.”