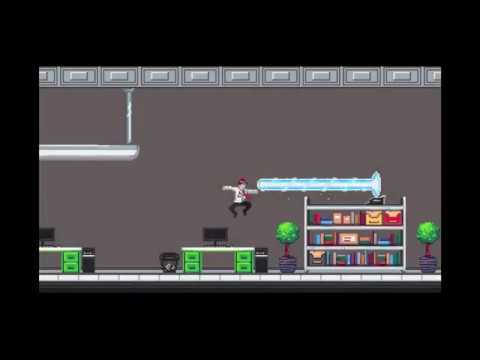 The new video game from Expert Laser Services is now officially live and ready to play for free, with USA-based players given the chance to enter a sweepstake each time they play to potentially win a $500 (€406) cash prize.

“The premise of the game is that rogue printers, copiers and scanners become sentient through artificial intelligence gone awry and begin to attack people in the office building where they work. The protagonist, “Expert Laser Man”, is the head of the IT department. He bravely arms himself with a couple of firearms and works his way through the office building, destroying the sentient printers until finally he fights a copier that transforms into a mechanised robot in the boss level of the game.

Defeating the boss will result in a coupon code which players can register for a chance to win a really great prize which is yet to be determined.”

Expert Laser Man went into production at the beginning of February, created by ELS’ new partner, Gorilla Tactics, and a teaser trailer was released toward the end of the month.

Now Expert Laser Services has announced that the game is officially live and ready to play for free internationally.