Expert Laser Man to the rescue! 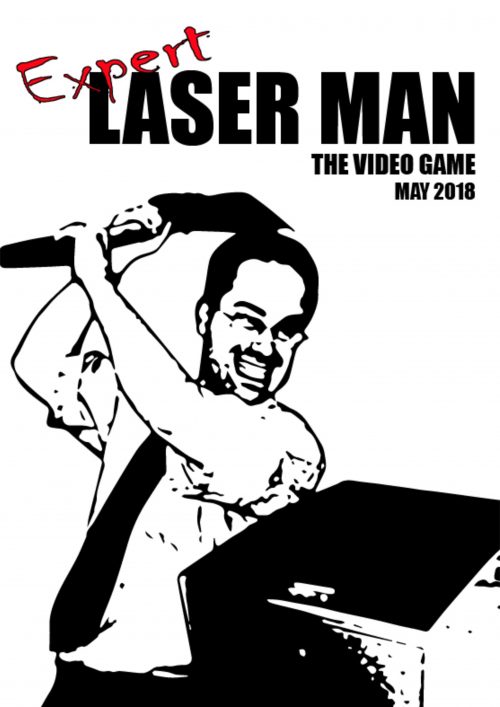 Both the video game and its storyline have been designed by creative director Nathan Dube of Expert Laser Services, with the game itself being created by new partner and video game studio, Gorilla Tactics.

Entitled ‘Expert Laser Man’, the video game is described by Dube as being “a classic shoot-em-up 2D side scroller reminiscent of retro console gaming of the early-mid 1990’s”.

Dube told The Recycler, “The premise of the game is that rogue printers, copiers and scanners become sentient through artificial intelligence gone awry and begin to attack people in the office building where they work. The protagonist, “Expert Laser Man”, is the head of the IT department. He bravely arms himself with a couple of firearms and works his way through the office building, destroying the sentient printers until finally he fights a copier that transforms into a mechanised robot in the boss level of the game.

Defeating the boss will result in a coupon code which players can register for a chance to win a really great prize which is yet to be determined.”

Dube added, “The game will feature power ups boasting the HP logo as they are funding this project for us and are a business partner in this venture. We are a VAR for their new PageWide and Managed Laserjet MFP A3 and A4 lines and the game is aimed at generating new sales for office imaging hardware as well as managed print services opportunities for Expert Laser Services. Any leads generated from the game will result in Expert Laser Services placing HP PageWide and/or Managed Laserjet MFPs in new or existing accounts in the context of our growing managed print services client base.”

“Expert Laser Man” goes into production on 1 February 2018. It is expected to be available to play on both desktop and mobile devices around the middle of May this year.