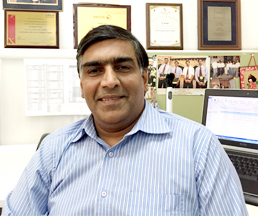 The OEM’s subcontinental subsidiary has declared that it will be putting its focus upon small and medium-sized businesses in the country, as well as its MPS segment.

The company is seeking “a larger play in the printing segment,” according to The Hindu Business Line, including laser and digital printing.

The subsidiary’s Executive Director of Technology, Channels & International Distributor Operations, Balaji Rajagopalan, explained that it is hoping Xerox’s partner network would help it make an impact in these markets, as he anticipated a “huge growth” in partner connectivity over 2018-19.

“For us, SMBs will be a focus,” announced Rajagopalan. “And in terms of demand, we anticipate a higher churn in B and C markets.” He also spoke of his hopes that the company could make a dent in the replacement sales market, as the areas are currently heavily-populated with second-hand printers.

Xerox India already has a strong presence in the A3 printing market, but Rajagopalan also spoke of the untapped opportunities in the A4 printing market, and how the OEM would look at those specifically.

“We have begun to see good traction on Xerox Partner Print Services (XPPS),” he said, “and are confident that it will add a layer to our bottom-line this year.”

Currently, 33 percent of Xerox’s revenues in the subcontinental nation come from the Western markets, with the same figure coming from South India. The North, East and Central regions therefore only contribute that much combined. According to The Hindu Business Line, “a majority of the company’s India revenue is contributed by its Technology & Channels business group.”