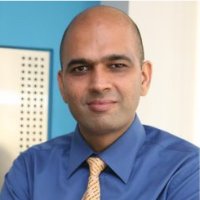 Rishi, who hold a Bachelor of Engineering degree in Electronics and Communications from The Delhi College of Engineering, will now prioritise driving growth for the OEM, and achieving its business objectives on the subcontinent.

He replaces Ashraf El Arman, who has instead taken up the post of Regional General Manager for the CITG (Central & Eastern Europe, Israel, Turkey and Greece) region.

Prior to joining Xerox, Rishi worked for HP India, helming its print business, as well as being a senior leader in its consumer, inkjet printing, printing consumables, enterprise/commercial and distribution businesses. He was also formerly Vice President of Sales and Marketing for Samsung’s Audio Visual wing.

“Rishi brings significant sales and leadership experience to Xerox along with a deep understanding of the Indian market,” declared David Dyas, the President of Developing Markets Organisation for Xerox Corporation.