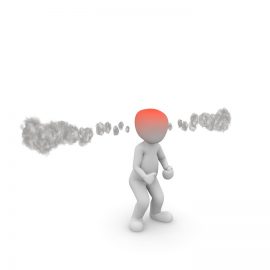 The Recycler has been made aware of continuing issues caused by HP’s printer firmware updates, which blocks the use of third-party cartridges, and asks whether more education or information is required from the company on this controversial subject.

HP’s firmware is a topic of debate that stretches back to September 2016 and beyond, when an update which blocked the use of remanufactured and refilled cartridges in various HP printer models triggered outrage from consumers.

Bombarded by complaints, the OEM told The Recycler, “HP is constantly improving security for its products and customers. Beginning in late 2015, HP implemented updates to the security chip in HP OfficeJet, OfficeJet Pro and OfficeJet Pro X printers that maintains secure communications between the cartridge and the printer.

“The purpose of this update is to protect HP’s innovations and intellectual property. These printers will continue to work with refilled or remanufactured cartridges with an Original HP security chip. Other cartridges may not function. In many cases this functionality was installed in the HP printer and in some cases it has been implemented as part of an update to the printer’s firmware.”

The problems with the use of third-party cartridges caused by the update prompted comments from ETIRA, with the remanufacturing association stating it was “assessing the impact” of the update. Secretary General Vincent van Dijk commented: “This is the second time this year that overnight firmware updates lock out cartridges which functioned perfectly well up to the day before, but stopped working after the update. With the help of our members we are now closely investigating the matter, to see how big the real damage for remanufactured cartridges is.

“But even if not all non-HP Inc cartridges were equally affected, the overall image of our industry is definitively affected by these problems. As a principle, ETIRA sees unrequested firmware updates locking out non-original products as yet another example of anti-remanufacturing practices of printer manufacturers, just like unfair patents, clever chips, poor design for reuse, closed-shop collection programmes, etcetera etcetera.”

Fast forward more than two years, and the firmware fracas is still rumbling on in the background, with HP Australia finding itself in trouble in 2018 when 220,000 of its printers failed to work with aftermarket cartridges.

Most recently, just this week, The Recycler has been informed that consumers are still receiving error messages on certain printer models, such as the HP Officejet Pro 8630. This is one of the printers involved in a recent class action lawsuit that has been brought against the OEM through the United States District Court for the Northern District of California, in which HP has agreed to pay compensation to consumers whose printers failed when they tried to use non-HP replacement ink cartridges.

With legal issues and consumer complaints continuing to arise around the issue of firmware, The Recycler questions whether there is more HP could do, on its part, to educate and inform buyers about firmware and what it means for them as consumers.