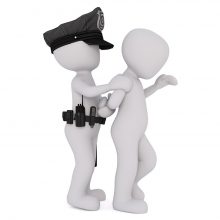 The Domestic Trade and Consumer Affairs Ministry has raided four George Town stores and seized an array of counterfeit print cartridges and toners.

Two people – a 50-year-old woman and her 20-year-old son – were arrested during the course of the proceedings.

“They refill the empty cartridges with fake ink and sell them together with the original ones. They do this when customers pre-order from them.

“They have been operating for five months and their items are catered to the Penang market,” he said in a statement.