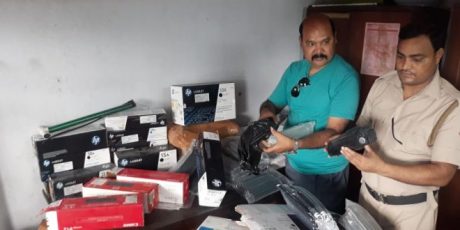 Ashok Kumar Kamti from Khalpara was nabbed by officials of the Enforcement Branch for selling fake printers, toners and cartridges.

As the Siliguri Times reports, Kamti was “allegedly fabricating a fake printer, cartridge and toner, in the name of a branded company” and selling them from his house.

The young man was arrested as part of a campaign by the Enforcement Branch and will appear in the Siliguri Court next week. A “large number of counterfeit goods” were seized from his home during his arrest.