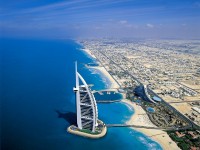 Over 75,000 kilograms of counterfeit goods have been destroyed by the Dubai Customs Authority, the Dubai Municipality, and the Dubai Economic Department.

Gulf News reports that the trove of fake goods, including counterfeit ink cartridges, were destroyed as part of a clampdown by the Emirate on phoney and banned products, which have been on the rise over the last 12 months, according to official data.

“In the last few months we’ve raided many shops in Karama and in other areas. Sellers are finding different ways to bring in these banned goods,” said Ahmad Al Muhairi, the Dubai Economic Department’s Senior Manager for Business Awareness in Commercial Compliance and Consumer Protection (CCCP). “It is difficult to put a value to these goods right now, but I’m certain we have exceeded 2017’s [January to April] figure of Dh114.5 million ($31.1 million/€26.2 million) easily.”

Seized items are sent to recycling centres, where they will be destroyed and then recycled. Danbappa Muhammad, project manager at the Madenat Al Nokhba Recycling Centre in Jebel Ali, explained the process.

“We received 20 metric tonnes (20,000 kilograms) of fake goods between January 5 and April 30,” he elaborated. “This included fake printer cartridges, high-end men’s watches, shoes, designer bags, garments, MacBook, laptops and even forbidden items like sex toys. For printer cartridges, liquid flavours of e-cigarettes and hookahs, laptops and all electronic items – a segregation process is undertaken. Glass components including watches are shredded together so that they could be used as raw material in cement plants while the others are compressed or recycled along with plastic items.”

Assessing the increase in fake goods in the emirate, Muhammad praised the attempts at stemming the tide.

“It is clear the demand for counterfeit products is rising, however, the government is more serious than ever to crack down on their sale,” he said.

Earlier this year, The Recycler reported on joint efforts between Dubai and HP to close down “manufacturers and wholesalers of fake printer supplies.” The operation, taking place between December 2017 and February 2018, saw the seizure of over 36,000 counterfeit components and cartridges.