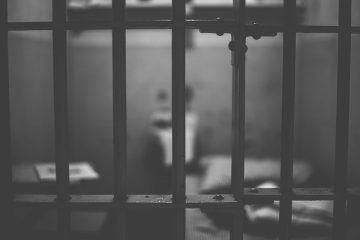 In 2017 in Germany, three men were arrested during police raids which discovered masses of fake Kyocera cartridges that were being refilled and reimported as originals. Now, the Darmstadt Regional Court has jailed several of those responsible and given others suspended sentences.

As PBS BusinessPartner reports, several of the men – aged between 34 and 53 – were given lengthy jail terms for “numerous breaches of trademark law”. From 2014 – 2017, they were involved in a counterfeiting scheme involving the refilling of “around 10,000 toner cartridges” from Kyocera which they then sold as originals.

The men were originally apprehended after Customs noted a container in Hamburg which had Kyocera boxes and stickers, but which turned out to be fake. They subsequently discovered the group’s activities, which were carried out in Frankfurt, Bad Homburg, Groß-Umstadt, Dieburg and the Free Port of Hamburg and which had generated revenue of approximately €2 million.

Their workshops and warehouse were raided on 2 August 2017.

The ringleaders of the counterfeiting group – brothers, aged 49 and 53 – have been given the highest sentences, of four years imprisonment, by the Darmstadt Regional Court. A 35-year-old received a sentence of two years and nine months, and other defendants were handed suspended sentences.