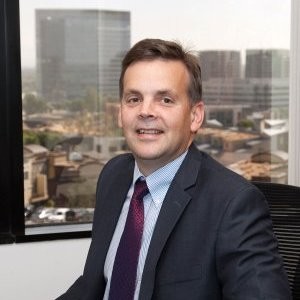 IoT Evolution has published a new interview with Mopria Alliance Steering Committee’s Chairman, Brent Richtsmeier, on the future of print in an increasingly-mobile industry, and particularly, the mobile print industry itself.

“Mobile printing is becoming even more relevant,” Richtsmeier declares, “as applications that moved from the physical realm to the digital are moving back to the physical.”

He gives the example of photography, and states that “people used to take photos on a physical camera and get printed copies; now, they take digital photos on a phone, but still crave the physicality of a printed photo to put in a frame on the mantel or hang in a locker or cubicle.”

The result of this, he argues, is a surge in new printers, dedicated to photos, “as well as an entirely new category of device: an integrated printer and camera.”

Richtsmeier also offers his take on whether wireless technology is becoming more standard in the office space, saying that “for a device like a Wi-Fi-enabled printer, it’s cheaper to simply plug it in and let workers print from any device via the wireless network than it is to route and configure a connector.”

As workers, and ergo their workplaces become more mobile, Richtsmeier believes that the introduction of mobile print is inevitable, calling it a “natural progression for many workplaces.”

“The ability to print from mobile devices makes a workplace more productive,” he argues. “All an employee needs to do is hit a few buttons from whatever device he or she is working on, from wherever he or she is, and the paper comes out of the connected office printer instantly – no need to stop working on one device and move to another to print.”

Over the course of the interview, Richtsmeier also discusses which new fields are making a move towards mobile printing – specifically citing the healthcare and legal industries, as well as that of insurance, which he describes as “a field ripe with potential.” He also talks about the importance mobile printing’s security, calling it “a major priority” given recent major breaches.

The interview concludes with Richtsmeier being asked what he would like people within the technology industry to know about mobile printing’s future.

“We haven’t yet gotten tired of doing things better and faster,” he answers, “and as both consumers and businesses continue to require printed content to manage personal and work tasks, the efficiency and productivity mobile printing allows means its capabilities will continue to saturate more markets and applications.”

You can read the interview in full here.