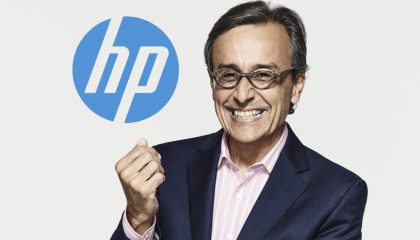 The OEM’s Chief Marketing Officer stressed the importance of both in a recently-published interview.

HP Inc.’s Chief Marketing Officer, Antonio Lucio, has given an interview to CRN in which he discusses the OEM’s new approach to marketing, and the importance of making an emotional connection with customers, particularly the millennial demographic.

Describing how HP Inc. took some “very fundamental, strategic decisions” upon the separation of Hewlett-Packard in 2015, Lucio explained why millennials were firmly in HP’s thinking.

“We believe around 60 percent of the IT decision-makers are millennials – old millennials, mostly,” he explained, “and we needed to capture their imagination.”

To do this, the company launched a particular focus on appealing to customers’ emotions, and on “building stronger emotional connections for our products.”

Previously, Lucio says, HP as a brand was “very rational, but not with a lot of emotional connection and affinity.” Whereas it was known for its reliability, performance, and value, according to Lucio, it wasn’t anyone’s favourite brand, leading to a strong focus from the company on building that customer connection.

“In one of the first screenings that I attended, at one of our annual events where we have our channel partners, at panel after panel they were saying, ‘We need our customers to love your brand. We need more and better demand generation. We need your communication to showcase all the wonderful and differentiated benefits that your products actually have.’”

“By bringing communications that resonate emotionally with the consumer or with our commercial customers, it actually helps drive the revenue of the channel,” Lucio continued. Yet this attempt to widen the company’s emotional appeal is not merely a short-term plan.

Over the course of the interview, Lucio also discusses HP’s recent commercials over the Christmas period, for the Sprocket printer, amongst other products. The advertisement for the Sprocket, which featured a family reconciling after a heated political argument, which he explains was based on a common reality.

“[The USA] is going through its most polarised period in history. [So] we said, if that’s the environment, are there still values that people hold sacred that unite us? And is there a relevant role for the brand to play?”

Lucio goes on to explain what part he believes HP can play in repairing the polarised society in the United States, explaining the difference between politicians who “create division”, and big brands that instead “preach to those values that unite us as human beings,” adding that by standing for those values, it ensures businesses and brands will stand the test of time.

He also talks about the power of social  and digital media – “we’re spending about 73 percent of our marketing dollars globally through digital media” – the value of HP’s partners carrying out their own marketing, and the question of diversity in the tech industry, which he describes as “a business imperative.”

“Today, 60 percent of the people in the marketing organisation are woman – [as are] 52 percent of the managers and 50 percent of the top ten global marketing leadership roles. Importantly, 30 percent of those top leaders are people of colour.” Lucio concludes the interview by stating his aim for HP to lead by example, and the OEM’s plan to build a “meaningful, quantitative-based business case for diversity.”