Xerox’s Peterson looks to the future 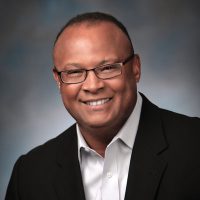 The OEM’s President of Channels since 2017, Pete Peterson has been discussing what the future holds for the company, in the wake of the recent shareholder dispute.

Speaking to CRN, Peterson covered a range of topics, including the OEM’s new CEO, John Visentin, and the changes he will bring.

“I had a chance to hear him live in a webcast, to all the employees, live across the globe,” said Peterson, on his first meeting with the new man. “I sit on our North American Operations Senior Leadership Team and we had a call with him as well where we went in to our specific areas of responsibilities and what we do and how we can enhance it.”

“Those two meetings I had,” he continues, “there was a very consistent message, which is that our channel is important. Our channel is critical, and we have to do everything we can to continue to support and grow that segment of our business.”

Despite Visentin’s somewhat tumultuous appointment, Peterson remains positive. “I think I’d be remiss if I said it’s going to be business as usual. I like to think optimistically, we’re going to perhaps double down on our channel business as we move forward.”

Elsewhere in the interview, Peterson discussed Xerox’s budget for the channel, saying that he was “expecting growth”, and declaring that the OEM has made “significant investments with feet on the street, with new account managers and new channel marketing resources to help them grow and help enable them.”

He also spoke of garnering partner feedback, and the benefits that that feedback can provide in “making sure we have an adequate and strong coverage model.”

“That’s something that’s important to us, is our partner experience,” explained Peterson, as he told of how Xerox will use the responses from partners to help in “making adjustments in terms of our offerings and how we support our partners.”

Looking to the future, Peterson asserted that “our major focus is in the SMB space. Xerox has a very strong brand. And we’ve got a strong, high end and enterprise business and some of that is done through our channel business, but then some of that is done through our enterprise direct selling motion. So where we think we’re going to be competitive is absolutely in the SMB space and mid-market space.”

“We think we have the strongest product portfolio that we’ve had in the history of Xerox,” he contended confidently. “We’ve got investments that we’ve made in the midmarket and SMB channel cover space. Clearly our focus is around expanding and growing the A4 product category. Continuing to lead in the A3 product category, which we are a market leader, and of course, tying it all in with a huge focus around our managed print offerings in SMB space, which here at Xerox is growing pretty nicely.”

The interview concluded with a question on how Xerox can stand out, in the SMB space particularly, “given how crowded the printer market is.” Peterson responded by discussing the OEM’s “app-centric” new products, that have the capacity “to build applications on the ConnectKey platform, or leverage applications that either Xerox built or some of our partners built to basically help the SMB business run their business more efficiently and more effectively” – something he calls “a huge differentiator.”

“We think our device plays a significant role in the business as enterprise, whether it’s a small business or a mid-market to enterprise business,” Peterson concluded, adding that Xerox is prioritising a first-class security offering. “All of our devices are extremely secure. And because a lot of the companies are connecting these devices to the network, that’s a huge focus for us.”

You can read the interview in full, here.