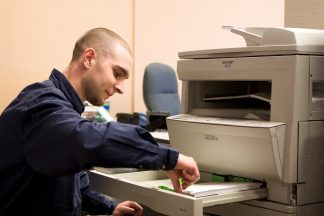 With Brett Hyde of Buyequip Pty Ltd. revealing that we could produce up to 49.8 million metric tons of e-waste this year alone, partly due to planned obsolescence, the implementation of new legislation by the European Commission is of vital importance.

As Hyde explains, “the majority of e-waste is from small electronic equipment such as smart phones and tablets, which are commonly expected to have around a two-year life span, on average”. This built-in obsolescence “is one of the major causes of e-waste” and is the subject of a dramatic and evocative new video by the European Environmental Bureau.

The video depicts “Big Tech”, representing the OEMs, as being unwilling to make any changes, such as developing “more sustainable production practices” in their pursuit of profit.

To try and tackle this problem, the European Commission has proposed a new set of laws which will “apply to manufacturers of electronic devices and home appliances, essentially requiring them to make their products hardier and able to be repaired more easily”. These laws will also require manufacturers to “ensure that [their products] can be easily disassembled and reassembled, with easy access to the breakable components.

In addition, manufacturers would be under a legal obligation to make replacement parts, instructions and tools available, while special provisions would cover the improvement of durability and recycling.”

Hyde states that “All eyes will be on EU governments as these laws are put forward for approval”, which could take place at the end of this year. If this legislation is put in place, it could have a significant impact on both OEMs and the remanufacturing industry.

However, one UK business is already getting onboard, with Matt Manning, Compliance and Recycling Operations Manager at Currys PC World – part of Dixons Carphone plc – revealing that the business has launched a “new free small WEEE collection service in conjunction with its home delivery and installation team, Team KnowHow.” Customers can simply hand over their used items free of charge; these will then be “brought to regional delivery hubs” and “collected for recycling.”

Manning writes, “We believe as the first retailer to offer such a collection service for small WEEE, it sets the bar on what can be achieved by retailers to help the UK collect more WEEE and ultimately ensure such items are recycled correctly and responsibly. By offering this super convenient free of charge service, our customers can have peace of mind when it comes to WEEE recycling.”

Remanufacturing organisations ETIRA and UKCRA have both been lobbying for right-to-repair laws for years, while global ecolabel EPEAT was established in order to verify the sustainability of manufacturers, with national governments around the world using this label “as part of their sustainable procurement decisions.”

David Connett, President of ETIRA, commented, “ETIRA’s policy is that reuse is better than single-use, and for that to happen, you need a strong right to repair environment. When it comes to product obsolescence, we see printer life spans reducing, and the OEMs do not always make parts available to have a stronger reuse market; indeed, if an OEM does make a part available the price is so high, it defeats any meaningful right to repair. Consequently it is often cheaper to buy a new printer,  and that cannot be right. When it comes to printer consumables if an OEM just doubled the amount of ink from a few millilitres in a cartridge, they could halve the amount of plastics and packaging needed. That would be sustainability in action, but the current OEM mindset seems to be more about defending the status quo, and not redefining a better solution.”

Laura Heywood, General Secretary of UKCRA, stated, “One of the main reasons why managed print services and printer contracts have increased and become so important to the OEM’s is because they can control what consumables can be used in their printers as well as their collection. This precludes their remanufacture and reuse by third party remanufacturers.

UKCRA has for years requested Government and Corporates to include a percentage of reuse in their tenders.  Not just for printer cartridges but whatever the Product.  The UK Government’s release of the Triple Win Report in 2014 where stakeholders from many different Industries, UKCRA included, spent a great deal of time and effort discussing the advantages and the barriers through workshops and trips to Westminster.

And even if printer contracts are what are wanted rather than printer ownership, then it is important to stipulate in printer contracts (where there has already been a precedent) that all – or at least a percentage of the consumables used in them must be remanufactured or reused.  Many of the large copiers and printers use only a plastic container filled with toner and a smart chip. Instead of reusing them, these containers- or bottles- are only sent for recycling. One such haulage company collects these bottles and containers, that again creates carbon emissions to transport them for recycling, states “it’s like transporting air”.

If an OEM’s business model is not to reuse but only recycle and produce another bottle or toner cartridge, would tender and contract stipulations not bring a strong encouragement to them to approach and partner with a credible remanufacturer that would not only help the local economy but create jobs?  The UK has the opportunity to define a measure of environmental leadership by making this happen.”