The benefits of consumer right to repair 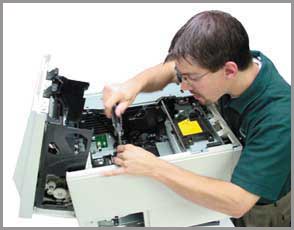 In our ever more technological society, which sees the production of new devices seemingly on a weekly basis, legislation surrounding consumers’ right to repair has important implications for both companies and consumers.

As Steven Jackson of timesunion writes, legislation surrounding the issue of ‘fair repair’ “enshrines a number of basic principles” including “restrictions on misleading warranty claims and restrictive licensing arrangements that give away owner rights and freedoms” […] and “design for repair” principles intended to enhance the repairability and long-term sustainability of consumer devices.”

The issue of fair repair rankles with some critics, many of whom are manufacturers protesting on grounds of “protection of intellectual property” as well as security and “the uninhibited freedom of design.”

However, while Jackson writes that manufacturers should have the right to protect their “intellectual property and trade secrets”, he explains that fieldwork conducted by his employer, Cornell University, “with groups ranging from amateur repair movements in the United States and Europe to mobile phone repair workers in Bangladesh, Namibia and Uganda” has demonstrated “the significant benefits of a more open repair landscape”.

Through this fieldwork, Jackson explains, the researchers discovered that “the benefits of repair are myriad.” They include “the wider dispersion of engineering and technical knowledge”, “a more intimate and knowledgeable relationship with the objects around us”, “the longevity of electronics and other consumer goods” and the upholding of “a basic ownership right threatened under the increasingly licensed, subscription-based, and “tethered” organisation of the networked computing world”.

Jackson goes on to cite the well-documented Impression Products v. Lexmark court case as an example of how the “Supreme Court would seem to agree”, stating that “the court ruled expansively against such downstream controls, arguing that Lexmark’s patent rights were effectively (and rightly) “exhausted” at the point of sale.”