The implications of Open Scope WEEE 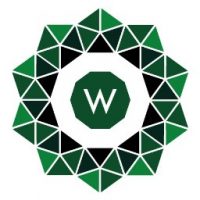 On August the 15th, products covered by the WEEE directive move from a closed scope to an open scope; but what does this mean, and what will it mean for producers?

In a new post by WEEELogic, the company considers the impact and implications of the shift to an open scope, attempting to answer many of the questions raised by this change.

Since 2006, material and products covered under the WEEE legislation was defined in 10 categories, with the accompanying degree of interpretation meaning some companies were able to consider their products outside of the scope.

Now, under the new revisions to the WEEE categories, only certain defined products are excepted: Equipment “necessary to protect the essential security interests of Member States” – such as arms, munitions, and other war material; equipment designed to be sent into space; large-scale stationary industrial tool; filament bulbs; and equipment specifically designed and installed as part of another type of equipment that is excluded from or does not fall within the scope of the WEEE Directive, which can fulfil its function only if it is part of that equipment.

Also specifically excluded are large-scale fixed installations (except equipment not specifically designed and installed as part of those installations); means of transport for people or goods, except electric two-wheel vehicles; non-road mobile machinery for professional use; equipment designed solely for research and development purposes in a business-to-business context; and active implantable medical devices and in vitro diagnostic medical devices (where such devices are expected to be infective prior to end of life.)

As a result of the shift to open scope, all EEE products are now considered within the scope unless covered by one or more of the above exclusions.

WEEELogic’s post attempts to answer the questions that these changes raise, such as what happens to existing producers who are currently compliant. WEEELogic imparts that there will be “no change for the present,” although that a “change of product categorisation will be required” eventually.

Further advice concerns spare parts and components, as it explains that “motherboards, graphic boards, electrical and electronic components sold individually to replace a similar product” are included in the open scope, “unless contrary advice is in place from the local authority.”

The biggest change for producers is likely to be the changes in product categorisation, and they may need to modify the category of WEEE reported at the time of placing products on the market.

If producers had previously considered products outside of the scope because they didn’t fit with one of the defined categories, they must now revise that, unless a clear case can be made for their exclusion.

The announcement of the six new categories was first made last September, with the new categories coming in defined as: Heat exchange equipment; screens, monitors, and equipment containing screens with a surface area of more than 100 cm2; lamps; large equipment (“any external dimension greater than 50cm”), including household appliances, IT and telecommunication equipment, musical equipment, electrical tools, toys, leisure and sports equipment, medical devices, monitoring and control instruments, and equipment for the generation of electric currents; small equipment (“no external dimension greater than 50cm”), including the same examples as above; and small IT and telecommunications equipment.

At a national level, Member States will be required to adapt their national WEEE OPEN SCOPE registries, to reflect the new categories, and the change to open scope itself. It will come into effect on the 15th of August, with the exception of the Czech Republic, Estonia, Ireland, Sweden, and the United Kingdom, when it will instead be January 2019, and Cyprus, Latvia, Lithuania, Malta, Portugal, Romania, and Slovakia, where the dates for adoption and registration deadlines have yet to be disclosed.

French authorities have made the decision to “integrate consumer cartridges within the current category 3 of the directive […] although professional cartridges will be classified in a new specific category”.

As a result, cartridge producers will need to decide whether their cartridges are Consumer or Professional “based on the type of hardware”; and if this is not “sufficient”, they must then “use further relevant criteria such as type of selling contract, yield, etc., enabling them to justify their choice.”