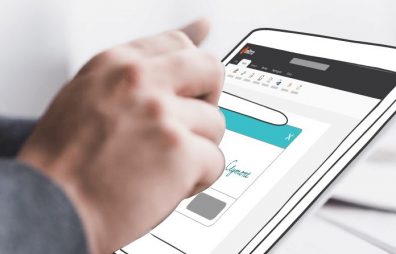 Synnex Australia and Nitro have announced a new partnership which the company says will expand its document productivity offering and make digital transformation a reality for the APAC channel and enterprise organisations across the region.

“Synnex is continuing to drive digital innovation and transformation, bringing value to the Synnex reseller network. Nitro has proven itself a formidable competitor in the PDF productivity space and will be a valuable addition to our product portfolio,” said Michael Tea, Synnex Australia General Manager of E-commerce and Cloud.

“While more than 70 percent of documents in an organisation are PDFs, only 15 percent of knowledge workers currently have access to an eSigning or PDF productivity solution. Nitro seeks to eliminate these inefficiencies by providing a cost-effective means of equipping every knowledge worker with strategic PDF productivity and eSigning tools”, said Nitro founder and CEO Sam Chandler.

The company states that its channel market and partner sales have played a critical role in Nitro’s transition from an Australian start-up, to an established enterprise tech vendor, with the company reporting global sales involving large deals increasing an average of 56 percent in 2016 and 2017. Today, Nitro reveals its products are utilised in more than 650,000 businesses, including over half of the Fortune 500, including T-Mobile, Continental, Toyota Financial Services, JLL and Howden Group.

This new partnership aligns with Nitro’s vision to offer scalable, bottom-up digital transformation to organisations of all sizes, according to the company.

“We look forward to driving continued success for our mutual customers by delivering the highest calibre of sales, marketing and partner resources,” said Sam Chandler.

“At Synnex Australia, we’ve made it our commitment to become a world-class leader in IT. By adding the Nitro Productivity Suite to our portfolio, we are continuing to broaden our solution set and enable our reseller network to continue to innovate in the market”, said Kee Ong, CEO of Synnex Australia.