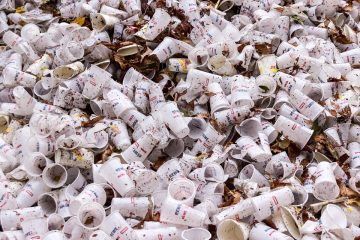 The latest knock-on effect of China’s waste import ban is set to be felt, with market realignment in neighbouring nations expected to place further restrictions on plastic scrap exporters.

Letsrecycle.com reports that in recent weeks, further temporary controls have been imposed in Malaysia, which has emerged as one of the key destinations for plastic waste since the China ban. Vietnam, which alongside Malaysia has struggled to cope with the new influx, is also tightening restrictions.

The website claims that Malaysian authorities have ceased issuing ‘Approved Permits’ to facilities hoping to import plastic waste from destinations including Europe, until environmental concerns have been addressed, which some sources believe could take up to three months.

Surendra Patawari Borad, Chairman of the Bureau of International Recycling’s plastics committee told letsrecycle.com that restrictions would be in place for several months, and warned that other Far Eastern markets could impose similar measures.

“I have spoken about this possible issue for a number of years: the insane dependence on China and the Far East,” he said. “China used to buy about 7 million tonnes of material per year, nobody is going to fill that gap. Malaysia used to buy around 50,000 tonne per month, and this has increased to about 100,000 tonnes per month and then about 120,000 tonnes per month from April. Malaysia has now said that it is not issuing additional approved permits and I have been told that it might take another two months before they issue any new ones.”

“We must improve the quality of material in Europe,” said Borad. “I feel that the industry has not expected the inevitable. The market will become more conscious about quality, those taking care of the quality will find a home for the material. Good quality material will always be in demand.”

“As we anticipated, these alternative markets are now seeing the effects of over-supply of material, as their infrastructure, particularly at ports, struggle to cope with the volume,” Edmunds explained. “As a result, temporary restrictions have been put in place on the import of plastics in these countries. It is expected that other Asian countries will follow suit, and the long standing deep sea routes to market are likely to become less viable, and more volatile going forward.”

“While there are some great companies doing great things in the UK, capacity and demand for recycled plastic product continues to be outstripped by our production of plastic waste,” he explained. “As with other materials, such as paper for recycling, quality is also a key factor. We produce high volumes of mixed or poor quality plastics, which up until recently have been destined for export. With export becoming less of an option now, we need to assess whether sustainable end markets exist for the recycling of lower quality grades. Waste producers, and the recycling and waste management industry, need to act swiftly and improve quality as quickly as possible.”

The Malaysian investment authority recently revealed that plastic waste imports have risen by almost 50 percent, also noting that many of the nation’s industrialists “see the plastic waste recycling as a promising industry,” calling it “one of the most dynamic and established industries in Malaysia’s manufacturing sector,” with about 1,300 companies in operation in the country.

However, it warned that “too much importation of plastic scrap to support the recycling activities will disrupt the local ecosystems. It will also result in more wastage of resources as recycling factories’ that uses low-efficiency production methods require a large amount of water, energy and human labour.”

The tightening of restrictions follows similar happenings in Vietnam earlier this year, whilst in May, concerns were also raised about the amount of e-waste being dumped in Malaysia, with the two countries seemingly receiving the greatest benefits, but also the most serious drawbacks, of the China ban.