Is Thailand the new China? 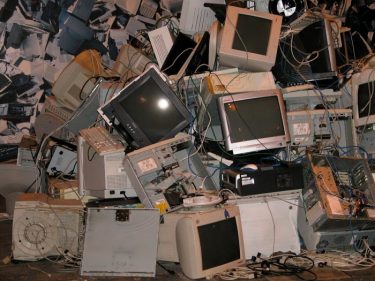 Following Beijing’s ban on importing waste, fears have been raised of a spike in e-waste being dumped in Thailand instead.

The organisation speculates that this rise in toxic dumping has come about as a result of China’s ban on waste imports, as well its crackdown on polluting and dangerous facilities, which it says has seemingly resulted “in a migration of the dirty e-waste recycling industry to Southeast Asia,” and predicting “a tsunami of mostly American waste being deflected from China to new landfalls in Southeast and South Asia.”

BAN’s Director, Jim Puckett, said that unless more was done to share the load by neighbouring countries, Thailand could become especially susceptible to a phenomenon he describes as “waste tourism”.

“Thailand must be applauded for being proactive,” said Puckett. “Unless Asian countries quickly and effectively apply the same border controls and enforcement as China, they can expect to be the target of illegal and highly polluting shipments of electronic and other wastes.”

As a result of BAN’s activities, there have been several raids on premises by the Thai Government in recent weeks.

Earlier this week, the Wai Mei Dat e-waste recyclying facility in Plaeng Yao district, Chachoengsao, was raided. The facility, owned by a Chinese company that has offices across the world, was investigated by the Royal Thai Police in a joint operation with the Ministries of Natural Resources & Environment, Public Health, Industry, Justice, and Finance. The raid found waste goods scattered in the open air and undocumented workers, who were untrained and unprepared for exposure to toxic shredder dust and fumes. The Wai Mei Dat company was subsequently charged with illegal importation of dangerous waste.

BAN has also documented several other sites also “likely to be similarly operating illegally”, including some facilities described as “dangerously primitive.” Its report into one such operation including the following damning allegations: “The smelter had no pollution controls whatsoever and thus the smoke belching out of the stack and the fugitive emissions are assuredly laden with highly toxic heavy metals, dioxins, furans, and polycyclic aromatic hydrocarbons. This smoke and ash fell out over workers and over cattle grazing fields, likely contaminating the local milk and meat supply.”

Another Chinese-owned facility near the Port of Laem Chabang was reported to the Thai authorities, where workers were living onsite in “squalid, unsanitary conditions” in cardboard shacks. As well of this, BAN’s investigation found significant environmental hazards associated with the site and its incorrect disposal of mercury.

BAN is therefore calling on Asian countries to adopt “the same strict controls as China”, as well as asking them to ratify 1995’s Basel Ban Amendment, which prohibits the export of all forms of hazardous wastes from developed countries into developing ones. Whilst China has ratified this, Thailand, Laos, Myanmar, Cambodia, Vietnam and the Philippines have not.

“Most of this toxic electronic junk comes from unscrupulous recyclers in the US,” said Puckett. “But by ratifying the Ban Amendment, countries like Thailand can send a strong global message that will be impossible for the US or other countries to ignore, and that is – don’t dump on us!”