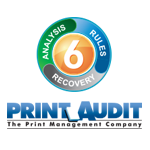 In a new blog, Print Audit are offering an alternative to CPP billing, with an eye on office printing’s impending decline.

Following an IDC report that predicted that 40 percent of companies in developed regions will suffer a double-digit decline in office-based printing by 2021, Print Audit have published a blog looking at the effect that will have on CPP billing.

The blog suggests as an alternative “a little thing called SBB” – that is, seat-based billing. It notes several key points about SBB for those who are sceptical, or “have to much invested in your current CPP model.”

The first thing it points out is that some major vendors are already moving towards it, citing Clover Imaging’s Axess Express SBB offering as “a world first” and “a big deal”. It also gives the example of GreatAmerica Financial Services, which has “built the world’s first SBB financing model for office equipment dealers… It really is a game changer.”

Print Audit’s blog also quotes the Cannata Report, which last year called SBB the “trend to watch in 2018”, and a webinar from John Shane of Infotrends called ‘Emerging Market Trends for 2018’, in which he named SBB as “the future of Managed Print.”

“Watching per/user volumes decline year after year”, the blog states, “it became clear that the traditional MPS model was under pressure, and that pressure was only going to continue to grow.”

Describing the status quo as “simply not good enough anymore”, it reports that Print Audit was adopting the model as part of its ‘Save The Office Equipment Industry’ mission. “We worked tirelessly with the SBB Executive Council, a group of 29 dealers and partners, over a span of 3 years to make sure we got it right. Once we knew we did, we launched a training and certification program for the world’s first SBB Certification.”

Print Audit now hosts its own SBB Roadshows to help show off the model to office equipment dealers, and help them get to grips with it themselves. It has announced two more for 2018, although with places limited, and with the following caveat:

“Is this for everybody? I don’t think it is.  It’s not for MPS purists.  It’s not for dealers looking to get out of the business.  It is for progressive dealers who are looking to grow, to make higher margins, and to have a billing platform that will allow them to capitalize on other seat-based offerings like Managed Services and Document Management in the future.”