OEMs and their ‘river of black gold’ 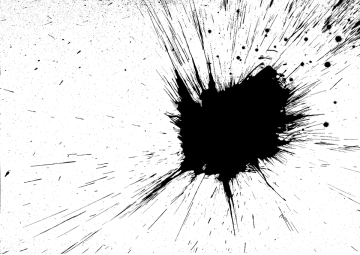 A new article by Rhodri Marsden in The National examines the printing industry and how OEMs are protecting their “revenue stream” by blocking third-party cartridges.

As the article explains, printer ink is one of the top ten most expensive liquids in the world, and “for more than two decades” OEMs such as HP and Canon “have moved hell and high water to protect that valuable revenue stream.”

One of the strategies they employ, which has been well-documented in recent months, is the release of firmware updates that block third-party cartridges. HP has stirred up controversy through these updates, and this month Epson came under fire from EFF for issuing updates which “prevented printers from working with certain non-Epson inks.”

“It’s part of a long-standing strategy on the part of these firms,” says Rod Young, global chief executive of ink retailer Cartridge World, “which they’ve developed to protect their river of black gold”.

The article describes the OEMs’ strategy as “the so-called razor blade model”, which consists of printer manufacturers selling their printers cheaply while selling the ink cartridges at a premium. Additionally, HP has launched its Instant Ink service; and OEMs install sophisticated chips in their cartridges to “discourage imitators”. Then, of course, there is the firmware aspect of the strategy.

“Nobody likes being made to pay over the odds for ink,” says Cory Doctorow, special advisor to EFF. “The most egregious current example of this is where a low-income family with children might see a sale on third-party inks, so they buy a year’s worth of school supplies. Then they run a firmware update on their printer, and find themselves with either the choice of throwing away that printer or throwing away all the ink. The manufacturer has effectively reached into your home and punished you for arranging your affairs to benefit yourself rather than their shareholders, and it’s not fair. This is about the right to use your private property as you see fit.”

“There are a number of other ways in which the big manufacturers have gone beyond reasonable,” adds Young. “They tell consumers that warranties will be voided if they use other cartridges. They surround theirs with patents, and have sued a whole raft of resellers and remanufacturers who they claim have breached them. They put an artificially high price on cartridges, but selectively give price reductions to certain organisations to buy exclusivity. And now, when consumers connect their computer to the internet, they give the manufacturer a direct line to their printer’s firmware.”

However, it’s not all bad news. The article goes on to explain that some printer manufacturers have counteracted the razor-blade model by launching printer models which cost more money at the initial purchase but help to lower costs by holding “ink that can last as long as a year.” There may even come a time when ink is no longer necessary, such as Tocano’s “own inkless solution, involving a laser-burning process known as carbonisation.

However, creating such a niche in the market “won’t be easy.”

“When an industry is reduced to a small number of players, they all tend to converge on the same set of bad practises, says Doctorow.

“Markets are supposed to drive innovation, and the innovation we hope for is that we get better printers. What we don’t want is a dark innovation where firms try to figure out how to stop you from taking your business elsewhere.”