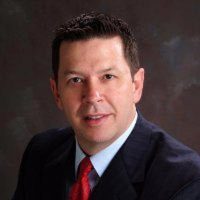 The OEM’s North American channel chief has given a new interview in which he discusses expansion, competition, and “pushing the envelope.”

Chavers, who has been with Lexmark since September 1996 and became Vice President of North American channel sales last year, spoke to CRN about the OEM’s efforts to grow the channel.

“We have to do it in a disciplined way,” he explains, when questioned on how Lexmark plans to make channel growth happen. “The last thing partners want to hear is that you’re adding more partners. That just means more competition for them and more pressure on their margins.”

He praised Lexmark’s approach, in looking at different metro areas, what kind of share it enjoys in those areas, and how many dealers it can support as a result. “If we have dealers that are getting the market share number that we think we should be getting in a particular marketplace, then we’re good. We won’t add any others there. Then if we have some that aren’t performing, we’ll terminate them. We’ll add someone that’s more committed to Lexmark.”

He also discussed the “white space” territory, where Lexmark is currently lacking distribution, as well as efforts to set Lexmark apart from other brands amongst its partners.

Other challenges he noted include “just being relevant,” and the struggle to avoid being “lost in the shuffle.”

In the wide-ranging interview, Chavers also discussed Lexmark’s new line of printers with its offer of cloud services opportunities, which is described as “unique.”

“It’s going to be a great opportunity for us to differentiate ourselves in the marketplace,” he explained. There’s going to be no doubt about it, it’s going to appeal to our partners. They’re going to be able to harness the power of our managed print service practice – that we’ve been great at for quite some time, a leader at especially on the enterprise side – and be able to really package that, so that we can deliver it to some of their small-to-medium businesses and not burden the dealer and the partner with a big, upfront investment. That’s the reason a lot of them don’t do managed print services, because it’s a lot commitment and investment not only in resources, but in tools.”

Discussing feedback on the cloud offerings, Chavers called it “overwhelmingly positive”, and specifically that from partners, and the potential hurdle it represents. “If I  was an SMB, I’d have a little reservation about my information, so we’re going to have to do a good job.”

Looking forward, Chavers was asked was the key was for Lexmark to win market share in the coming years. He asserted that despite print numbers supposedly declining, “it’s still a $150 billion (€126.8 billion) marketplace. That’s huge.”

“To me it’s going to rest on who is the best at building the right relationships with the partners and trust to where they think that you’re really a trusted advisor, and your team members out there are catering to them,” he forecast. “I think that’s going to be a key piece of it going forward, on the who wins in this marketplace.”

You can read the interview for yourself, here.