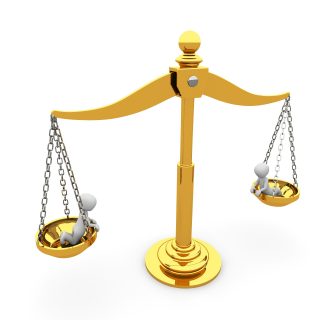 Aster Graphics, Ninestar and Print-Rite have all issued their own legal responses to Canon’s USITC investigation over the last few days.

There are more developments in Canon’s USITC investigation No. 337-TA-1106 regarding “certain toner cartridges” and their components sold by aftermarket players, which the OEM had alleged were in infringement of its patents.

In recent weeks, Canon filed a motion to partially terminate the portion of the investigation revolving around its ‘826, ‘021,’729, ‘764 and ‘765 patents, which the Commission subsequently granted.

Also granted was the motion filed by Canon and the other parties involved in the investigation to exempt certain uncontested parts of the witness statements.

Now, the spotlight is on the aftermarket companies which are the focus of the investigation, with three of them issuing their own motions and responses.

In legal documents viewed by The Recycler, Aster Graphics, Jiangxi Yibo E-Tech Co., Ltd. (“Aster Factory”), and Aster Graphics Company, Ltd. have filed a motion for summary determination of non-infringement. The companies have attached a Memorandum of Support to this motion, explaining how Aster is entitled to such a determination “if the Markman decision makes it clear that at least one disputed term of every claim asserted by Canon against Aster’s Accused Products requires the claimed coupling member to be capable of pivoting or inclining with respect to the photosensitive drum.”

In similar developments, Ninestar has filed two sets of legal documents of its own. The first is a supplemental joint discovery stipulation between Canon and Ninestar, in which Ninestar elaborated on the remanufactured cartridges it had imported and/or sold into the United States and which it had made available for inspection.

The documents state that “Provided that a remanufactured cartridge reuses an original OEM casing, an OEM photosensitive drum (which may be recoated), an OEM drum flange, and an OEM coupling member, and the only OEM components replaced with non-OEM components are components that were worn and needed to be replaced, the parties stipulate and agree that such a cartridge would be outside the scope of any remedial orders issued in this investigation by virtue of the doctrine of permissible repair.”

Ninestar also issued a Contingent Motion for Summary Determination of Invalidity for Failure to Satisfy the Written Description Requirement, stating that “to the extent the ALJ’s Markman ruling adopts Complainants’ constructions of disputed claim term 1 or 2, or otherwise makes clear that the scope of the claims includes coupling members that are capable of axial-only movement with respect to the photosensitive drum—every claim currently asserted against Ninestar in this investigation is invalid”.

The “complainants” have “indicated that they will oppose this Motion.”

Finally, Print-Rite has issued its own Motion of Summary Determination of Noninfringement. These legal papers, viewed by The Recycler, explain that “There is no genuine dispute that, under Respondents’ and Staff’s proposed claim interpretations, the Print-Rite products do not infringe. Therefore, there would be no infringement as a matter of law.”

Print-Rite says it is basing this motion on the following two points:

1.Canon has admitted that the accused PR2 products do not infringe any asserted claim under Respondents’ and Staff’s proposed claim interpretations.

2.Canon has submitted expert testimony of infringement only under its proposed claim constructions, not under those proposed by Staff and the Respondents.

Print-Rite has also included a Memorandum of Points and Authorities, in which it offers more information regarding its reasons for filing the Motion.