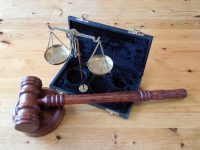 Following this month’s decision by Administrative Law Judge (ALJ) Dee Lord to grant Ninestar, Aster, and Print-Rite’s Motions of Non-Infringement, what had seemed like a closed case has been reopened, with all parties petitioning the ITC for a review.

In legal documents seen by The Recycler, Canon acknowledges that “in the Markman Order, the Administrative Law Judge construed the “moveable” limitation—which appears in all asserted independent claims—to exclude non-pivoting coupling members like those used in the respondents’ accused products. That construction was based not on the language of the claims—which the Order acknowledges encompasses non-pivoting coupling members—but rather on a supposed disavowal of claim scope in the specification.”

The OEM argues that the ALJ’s statement “does not come close to rising to the level of a clear and unequivocal disclaimer of claim scope.”

According to the OEM, it is for these reasons that Canon’s interpretation is “more plausible” than the ALJ’s, conceding that at an “absolute minimum, the interpretation offered by Canon and the interpretation adopted by the Order are both plausible, which in and of itself negates any possibility of a clear and unequivocal disavowal.”

Canon is therefore petitioning the USITC, seeking that it takes three actions: Hold that the “movable” limitation has its plain and ordinary meaning, which does not require pivoting; reverse the ID granting summary determination of non-infringement, which was premised on the ALJ’s erroneous finding that Canon disavowed non-pivoting coupling members like those used in the respondents’ accused products; and remand the case for further proceedings.

However, the three aftermarket companies which previously claimed victory following the declarations of non-infringement are also petitioning the USITC, despite their previous relief.

Representatives of the three companies began by acknowledging that “the ALJ’s finding that Canon disavowed non-pivotable couplings from the scope of the Asserted Claims was sound and should be upheld by the Commission,” as was “the ALJ’s construction of Term 1 (the “moveable” limitation) and the ID granting summary determination of no infringement based on that construction.”

However, there was less contentment with the ALJ’s construction of Terms 2 and 3 (“axis L2” and connected” respectively), which was called “clearly erroneous.”

“The same sound rationale used by the ALJ to find disavowal for Term 1 also applies to Term 2 and Term 3,” the respondents argued, adding that they were collectively seeking a review of the Markman order and Judge Lord’s subsequent decision on this basis.

“The ALJ was correct to find that Canon has disavowed non-pivotable couplings from the scope of the Asserted Claims. However, it was clear error for the ALJ not to apply the logical implications of that disavowal to Terms 2 and 3, and the decision not to adopt Respondents’ constructions for those terms should be overturned.”