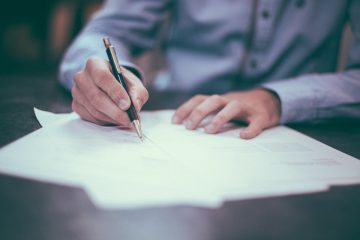 As part of USITC Investigation No. 337-TA-1106, Canon has filed a Motion for an Order to show Cause and Entry of Default, regarding one of the case’s respondents, Ourway US Inc.

In legal documents viewed by The Recycler, the investigation’s complainants, Canon Inc., Canon U.S.A., Inc., and Canon Virginia, Inc. revealed that, in line with Ground Rule 3.2., two days prior to filing this motion they contacted counsel for the Office of Unfair Import Investigations and all respondents involved in the case.

As a result, Canon says it is moving for an order “to show cause why respondent Ourway US Inc. (“Ourway US”) should not be found in default for failing to respond to the complaint and the notice of investigation.”

The OEM is also moving for an initial determination finding Ourway US in default “should it fail to show the requisite cause.”

Thus far, states Canon, Ourway US has failed to respond to the complaint and the notice of investigation and has not “appeared, or otherwise participated in this investigation.”

“Therefore,” state the legal documents, “Canon respectfully requests that the Administrative Law Judge (i) order Ourway US to show cause why it should not be found in default and (ii) issue an initial determination of default for Ourway US if it fails to show the requisite cause.”

This motion was filed on 7 February 2019 before the Honourable Dee Lord, Administrative Law Judge.