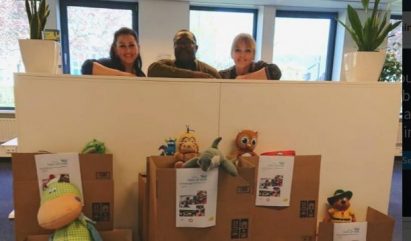 Katun EAME has revealed that its employees from its European Distribution Centre have been volunteering and collecting toys for children’s charity Voice of Hope.

As Katun explains, Voice of Hope is “a charitable organisation that enables people to donate children’s toys and gifts for needy kids in many countries.” The company goes on to describe Voice of Hope as one of its “favourite charities” as “it gives smiles to kids who have nothing.”

Katun concludes by urging people not to hold on to their grown-up children’s small toys, but to donate them “to kids who need hope!”

The company is no stranger to charity work, as The Recycler has reported on a number of occasions in recent months. Just last month, volunteers from Katun were also helping out at Twin Cities charity, Bridging, which provides furniture and household goods to people transitioning out of homelessness and poverty.