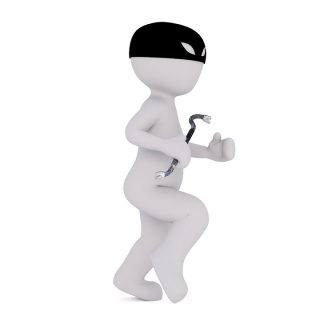 As the Lancashire Post reports, a CCTV appeal has been launched by a Preston branch of Currys after a ‘high value’ theft of several hundred pounds’ worth of ink cartridges.

The theft took place on Wednesday 17 January, when two people, a man and woman, entered the Capitol Centre branch of Currys and stole approximately £500 worth of printer ink cartridges.

The local police force is now appealing for help in tracing the couple.

A spokesman for the force explained, “We want to speak to the two people in the CCTV in connection with a high value theft at the Capitol Centre.

“We’ve had a report that on Wednesday, 17 January a man and woman walked into Currys posing as customers.

“The woman then put over £500 worth of ink cartridges into her handbag whilst the man tried to shield what she was doing.

“The pair then walked out without making any attempt to pay. “We want to trace the people shown in the CCTV still in connection with the theft.”

Anyone with information should get in touch with the police force via email at 2615@lancashire.pnn.police.uk and quote the reference SA1801933.