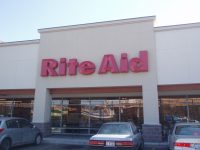 An unidentified thief shoplifted around $300 (€266) worth of printer ink cartridges from a roadside pharmacy last week.

According to reports in the Bothell-Kenmore Reporter, the theft occurred at 6:39 pm on March 5, at the Canyon Park Rite Aid, on the Bothell-Everett Highway in Snohomish County, Washington.

After the suspect fled the scene in a white Dodge sedan, police officers were provided with photos taken from security footage. The subject of the photographs was not recognised by officers, and the case was subsequently closed.