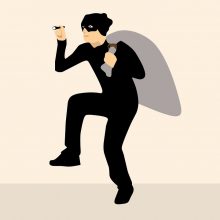 As BOSTON 25 NEWS reports, police in Shelbyville are currently seeking a couple who have stolen over $11,000 (€9,638) worth of ink cartridges from the local Walmart.

The couple walked into the store at 3am on the 27th of January “and spent an hour in the electronics department, filling a bag with 332 ink cartridges worth an estimated $11,427 (€10,012)” before then departing through the Walmart garden centre.

According to the police, one suspect acted as a lookout while the other filled the bag with the stolen cartridges. As they left the store to get into a getaway car driven by another person, the store alarm failed to sound, allowing them to leave undetected.