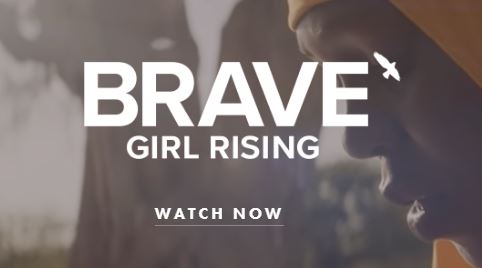 On International Women’s Day, HP revealed the expansion of its social impact partnerships to support education.

As part of this initiative, the OEM:

“This is a time for us to reflect on the remarkable contributions that women have made to HP and to society, while also committing to do even more,” said Dion Weisler, President and CEO, HP Inc. “We celebrate this day by providing inspiration, leadership and service to women everywhere. Diversity and inclusion is a part of our innovation strategy, is core to our values as a company, and contributes to the overall success of our business.”

The 20-minute short film spearheaded by Girl Rising, the non-profit behind the global campaign for girls’ education and empowerment, was created, written and inspired by refugees. The film shares the story of Nasro, a 17-year-old refugee girl whose courageous drive to continue her education is inspired by the magical dreams of her mother and the sisterhood of her friends.

In honour of International Women’s Day, HP also announced the expansion of its social impact programs to accelerate its gender equity efforts. Programs like the recent collaboration with the Clooney Foundation for Justice, UNICEF and Google.org that provides technology and training to Syrian refugees at nine Lebanese schools, is one of the many ways HP is expanding its efforts.

This partnership is only one example of how HP intends to deliver on its goal of bringing digital literacy to 100 million people by 2025, explains the OEM. By contributing over $20 million (€17.7 million) in training and R&D, HP has already served 14.5 million students and adult learners.

At the upcoming Women Deliver conference, billed as the largest gathering in the world devoted to gender equality, HP will host breakout discussions and experiential storytelling with the Young Leaders themselves.

HP also continues to enhance its STEM advocacy and education. For the second year in a row, HP will send a graduate cohort from Black Girls CODE to Austin during the SXSW technology festival. The HP delegation will sit on the “Future Tech Boss” panel alongside other graduates of the program to discuss career paths and their own aspirations in the tech industry.

To reach younger girls, HP is partnering with Black Girls Code on an Enrichment Workshop series that utilises storytelling, creativity and technology to inspire coding in five and six-year-olds. HP will provide students with Rox’s Secret Code storybooks, which will serve as the basis for building and coding their own 3D, augmented reality, custom robot. Once the workshop is over, the students will be able to continue the coding adventure via picture books and an app.

Internally, HP says it is structuring a month-long celebration around International Women’s Day. The company is debuting the “Rising Together” Speaker Series, offering employees a line-up of HP senior leaders who will share their insights on topics including male allies, personal growth, advocacy and how to grow one’s career.

The series is just one example of how HP explains it is continuing to increase the number of women in its workforce and in positions of leadership. Women now represent 30 percent of HP’s senior leaders and comprise 36 percent of HP’s workforce worldwide. Additionally, HP has the most diverse Board of Directors of any Fortune 100 technology company in the US (54 percent total minorities, 45 percent women, 27 percent underrepresented minorities).