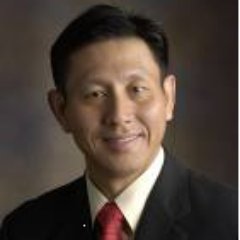 The OEM has named Ng Tian Chong as its new Asia Pacific and Japan leader, replacing Richard Bailey, who will now be responsible for the Americas.

NG’s position is effective from 1 November 2018; in this new role, he will have “overall responsibility for the vendor’s go-to market strategy and overall financial performance across all of its products and services”, as CHANNEL ASIA explains.

Ng will also be responsible for overseeing HP’s range of PCs, printers, managed services and 3D printing in both the consumer and commercial sectors.

Ng previously served as the OEM’s general manager of its regional print division and has also held “key leadership positions for HP’s personal systems group business across the key markets of Southeast Asia, Taiwan and Korea, in addition to the commercial volume sales business and solution partners.”

The announcement of his appointment follows on the heels of HP’s collaboration with Nanyang Technological University and the National Research Foundation, which centred around the unveiling of a new corporate innovation lab focused on technologies such as additive manufacturing.