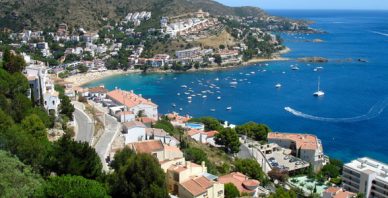 Spain is being taken to the European Court of Justice by the European Commission for consistent failure to implement appropriate waste management practices.

As resource reports, in four autonomous regions of Spain, “it is reported that there has been a failure to establish […] waste management plans in accordance with the EU rules in the Waste Framework Directive.”

Spain was to have established “necessary” plans by 12 December 2010 and evaluated and revised them every six years, “but has failed to do so”, despite “repeated calls” for the country to meet its waste management obligations.

The Commission sent Spain a formal letter of notice in 2016, and followed this up with a “reasoned opinion” in July 2017, which served as a final warning to the nation, which it should have either “accepted or negotiated”. Spain did neither; as a result, the country is now being taken to the European Court of Justice, following in the footsteps of Romania and Greece, both of which were taken to court, and, in the case of Greece, slapped with a multimillion euro fine.

According to the European Commission, waste management plans are “one of the key instruments provided by the Waste Framework Directive”.

Fines given to countries which fail to comply are “hefty” due to the importance of “reducing the negative impacts of waste on human health and the environment.” In addition, waste management plans “are an integral part of the move towards becoming a more circular economy.”

With the EU’s Circular Economy Package having been approved by the EU Council last month, member states are facing strict targets for waste management, including stringent municipal recycling rates and landfill reduction requirements.