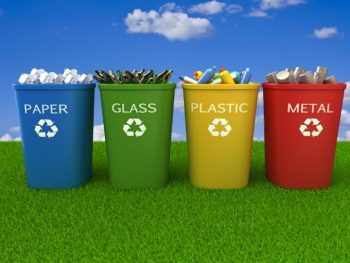 Last week the European Parliament formally agreed upon its Circular Economy package, with just one more approval required before it is made law.

As lets recycle reports, the package, including a range of recycling targets “and other requirements”, was officially agreed on 18 April 2018, and now requires just one last approval by ministers before it can be instituted as law.

The package’s main features consist of the following:

The European Parliament released a statement in which it explained that the benefits of improving waste management would not only affect the environment, economy and human health, saying, “The four pieces of legislation are also part of a shift in EU policy towards a circular economy, i.e. a system where the value of products, materials and resources is maintained in the economy for as long as possible.”

“With this package, Europe is firmly committed to sustainable economic and social development, which will at last integrate industrial policies and environmental protection”, said lead MEP Simona Bonafè (S&D, IT). “The circular economy is not only a waste management policy, but is a way to recover raw materials and not to overstretch the already scarce resources of our planet, also by profoundly innovating our production system”.

“This package also contains important measures on waste management, but at the same time goes further, by defining rules taking into account the entire life cycle of a product and aims to change the behaviour of businesses and consumers. For the first time, Member States will be obliged to follow a single, shared legislative framework”, she added.

The agreement will now go back to the European Council “for formal approval before publication in the Official Journal of the EU, the official record of all EU legal acts.”