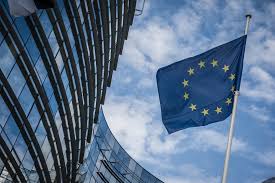 The United Kingdom has “reversed its opposition to tough EU recycling targets” and has decided to support the EU’s target of recycling two-thirds of urban waste by 2035, as the Guardian reports.

Currently, the UK is falling behind when it comes to effective recycling and “is set to miss its current target of 50 percent by 2020”; in January, both the Guardian and Greenpeace revealed the fact that, despite high-profile pledges from members of the government, including Theresa May, “behind the scenes the UK government was opposing strong new EU recycling targets.”

Now, however, the nation’s leadership has made a sudden U-turn, with ministers avowing that they will support the EU’s stringent recycling targets, which are “part of the EU’s circular economy package and are likely to be voted on in late April.”

“I want the UK to lead the way in driving global resource efficiency and that’s why, as well as backing the EU’s circular economy package, we have committed to publishing a new resources and waste strategy in 2018,” said environment minister Thérèse Coffey.

“As we leave the EU we’ll be able to explore how we go even further to help achieve our aim of leaving our environment in a better state than we inherited it,” she said. The move came as Gove announced a deposit return scheme for all drinks containers, aimed at cleaning up the 7bn bottles that are not recycled each year in the UK.

“We’re really happy to see the UK government has listened to reason and is now backing ambitious recycling targets across the EU,” said Louise Edge, senior oceans campaigner at Greenpeace. “If Britain wants to stop ‘offshoring its dirt’, as Michael Gove put it, we absolutely need to get better at recycling as a nation, starting with plastic. If we’re serious about leaving a healthier environment to our grandchildren, the three Rs – reducing, reusing, recycling – will need to replace the two Bs, burning and burying, and fast.”

Environment officials in the UK have highlighted the benefits of meeting these targets, namely billions of pounds saved in waste sector, greenhouse gas and social costs.

“There may be aspects of the EU package that the UK resources and waste sector feel could be improved upon but this [directive] will shape EU policy for the foreseeable future. It is important, therefore, that the UK remains aligned with the overall ambition and direction of travel of our most important market.”