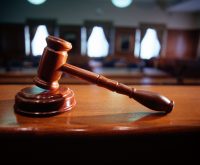 Canon has announced that it has concluded two further patent infringement lawsuits in the US District Court for the Central District of California.

The separate lawsuits were brought against CLT Computers Inc. and Fairland LLC, and concerned an allegation of patent violation with regard to toner cartridges sold for use with Canon and HP laser beam printers.

In the outcome of both lawsuits, both defendants stipulated to a Consent Judgement, and were also permanently enjoined from making, using, importing, selling, or offering for sale, any toner cartridges in violation of the aforementioned patents.

In a statement, the OEM said it “remains committed to pursuing legal enforcement against those who do not respect Canon’s intellectual property.”

Canon seems set on matching words with deeds, with these latest two lawsuits just a fraction of the onslaught it launched in March this year, filing proceedings against more than 40 separate companies.

In recent weeks, it has won other Consent Judgements and Permanent Injunctions against some of these defendants, including against Print After Print and Bluedog Distribution.

The OEM has also been granted a preliminary injunction against another company, Grey Systems GmbH, in the District Court of Düsseldorf earlier this week, as it continues taking the fight to smaller companies in defence of its patents.