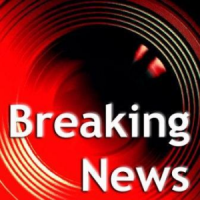 In a summary ruling, the United States Court of Appeals for the Federal Circuit upheld the earlier decision of the ITC in an appeal brought by Canon.

The appeal by Canon was against an appeal from the United States International Trade Commission in Investigation No. 337-TA-1106 where Aster Graphics, Ninestar Corporation, Static Control Components and Print-Rite were accused of infringing a number of its patents.

The judgement issued today that in the appeal the judges had AFFIRMED. See Fed. Cir. R. 36.

What does that mean? According to Federal Circuit Rules, a Rule 36 judgment means the ITC position was so clear, the Court had determined it was not necessary to issue a formal opinion.

A Rule 36 judgment can be entered without opinion when it is determined by the panel that any one of five conditions exist and a written opinion would not have precedential value. The five conditions are:

EdOp: For the time being it looks like Canon has well and truly lost this particular case.