A new face at CiT 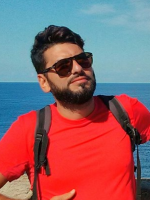 The company has welcomed its latest recruit to its Sales Team, Michele Mosciatti.

Welcoming him to the workforce, CiT heralded Mosciatti as “a very skilled professional and creative thinker,” and declared that he would “fit perfectly in the CiT Sales Team.”

Last month, it was revealed that CiT was partnering with the Chinese chip manufacturer, Intelet Electronics Ltd. The partnership will be officially signed next month at Remanexpo, part of the Paperworld trade show, in Frankfurt, Germany.