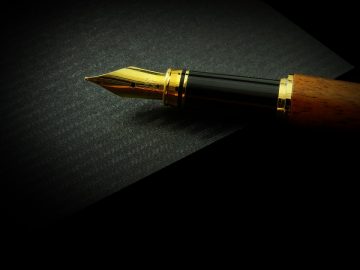 The OEM has published an open letter to its shareholders, responding to the recent developments in its “ongoing disagreement” with Carl Icahn and Darwin Deason, and stressing its dedication to maximising value “for all shareholders.”

In the letter, Xerox cites its two main priorities as being “ensuring the success and stability of Xerox” and “maximising shareholder value”.

While the company admitted that the recent turbulent chain of events that have comprised its dealings with major shareholders Carl Icahn and Darwin Deason have “caused uncertainty”, the OEM explained that it stood at “a strategic inflection point”. Looking ahead, the OEM said it plans to:

The letter then went into detail regarding the OEM’s strategic review of its business portfolio and capital structure, which went into motion in autumn 2015, explaining that this move led to its decision to “spin off its business process outsourcing segment, later named Conduent.” This transaction took advantage of input from Carl Icahn, with Xerox explaining that “We reached a settlement with Mr Icahn under which Mr Icahn’s designee, Jonathan Christodoro, served as an observer on the search committee to identify new CEOs for both Conduent and Xerox. We subsequently agreed to add Mr Icahn’s designee to the Xerox Board.”

The OEM also stated, “We amicably resolved litigation brought by Mr Deason, allowing his preferred stock ownership to be split between Xerox and Conduent.”

“Following this strategic review,” Xerox wrote, “the Board decided to pursue what it believed was the most attractive option available, combining Xerox with Fuji Xerox.”

Going on to specifically address the issue of its condemnatory shareholders, Icahn and Deason, the letter said that, while the two men “have every right to express their views about Xerox and the Board”, the OEM feels they do not have the right “to speak for all shareholders or deprive any shareholders of their right to be heard.”

The letter described Icahn and Deason’s recent comments as “personal, unsubstantiated attacks” and expressed the view that Icahn’s “fear-mongering was false and highly irresponsible.”

Regarding the case filed against it by Darwin Deason, which Xerox described in the letter as “seeking to deprive Xerox shareholders of their right to vote on a transaction”, the OEM said that it “strongly” disagreed with the case, and that, in granting a temporary injunction, the lower court “disregarded decades of settled legal precedent and denied Xerox shareholders the ability to decide for themselves.”

The letter also went into more detail regarding the settlement agreement it signed with Icahn and Deason on 1 May 2018, which subsequently expired as Xerox said that its Board “refused to be pressured” by the demands of both major shareholders into terminating its proposed deal with Fujifilm.

Looking to the future, Xerox writes that it remains “entirely focused on doing what is best for the company and all of its shareholders”, saying that its priorities will be focusing on business stability and operational excellence, driving shareholder value, and ensuring that shareholders’ voices are heard and reflected.

The letter concludes by reiterating the OEM’s commitment to its shareholders and thanking them for their support.