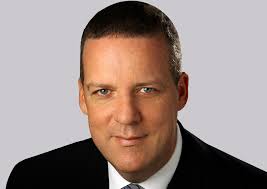 Xerox will also sell its 51 percent stake in Xerox International Partners (XIP), an OEM joint venture between Xerox and FX, which, together with the grant of a new IP license, will allow FX to OEM certain products (such as printer engines) to named parties that are existing customers of XIP on a worldwide basis in exchange for a fixed royalty.

The $1 billion (€0.89 billion) Fujifilm lawsuit against Xerox for reneging on the deal to merge the two companies will be dismissed.

Industry rumours suggest a strengthening of the recent tie up with HP and/or possibly a tie up with another OEM.

“These agreements reset our relationship with FUJIFILM and provide both companies with tremendous opportunities to grow, together and independently,” said John Visentin, Vice Chairman and CEO of Xerox. “These agreements also unlock significant unrealized value for our shareholders, provide greater clarity for our customers and help us speed our transformation to a digital-first company.”

The agreements were unanimously approved by the board of directors of Xerox and do not require a shareholder vote but are subject to regulatory approval in Japan.