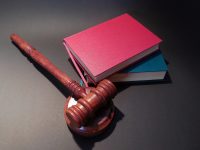 The latest twist in the long-running saga of Fujifilm’s merger with Xerox has given cause for celebration to opponents of the deal.

The Democrat & Chronicle reports that the ruling follows a lawsuit by billionaire shareholder Darwin Deason, a constant thorn in the side of Xerox CEO Jeff Jacobson and an outspoken critic of the Fuji-Xerox merger, alongside fellow shareholder Carl Icahn.

The original complaint, which named Fuji, Xerox, Xerox’s Board, and former CEO Ursula Burns all as defendants, and which was filed in the state Supreme Court in Manhattan, New York earlier this year, alleged that the deal – which was formally announced in January – undervalues Xerox and gives too much control to Fuji. It also alleged that Jacobson negotiated the deal despite the wishes of the Board of Directors.

Judge Barry Ostrager granted the temporary injunction after deciding that “the plaintiffs have demonstrated a likelihood of success on the merits of their claim that defendants breached their fiduciary duties as directors in approving the proposed transactions and that Fuji aided and abetted such breach.”

“I am grateful the court acted to protect the shareholders of Xerox,” declared Deason, following the judgement, but the OEM vowed to “immediately appeal” the decision.

“The Xerox Board undertook a rigorous process to reach its decision to approve the proposed transaction,” read a company statement, “including a comprehensive review of the company’s strategic and financial alternatives, as well as potential transaction structures in its negotiations with Fujifilm over a ten-month period.”

It is the latest twist in the increasingly convoluted and bitter struggle over the Fuji-Xerox deal, which has seen a campaign of condemnation from Icahn and Deason, and repeated rebuttals from Xerox, as the latter considers renegotiations. It remains to be seen if this latest victory for the two shareholders deals a terminal blow to the merger, or if it is just another flashpoint in the ongoing battle.