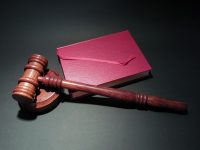 The OEM’s long-running wrangle with Fujifilm has taken another turn, with Xerox’s attempts to dismiss Fujifilm’s lawsuit ending in failure.

After the collapse of the Fuji Xerox joint endeavour last year, Fujifilm announced it was suing the American OEM, in the United States District Court for the Southern District of New York, on the basis that Xerox had reneged on the agreement to transfer 50.1 percent of ownership to Fujifilm.

Blaming Xerox’s decision on “external pressures,” in the form of malcontent shareholders Carl Icahn and Darwin Deason, who waged a furious war of words with Xerox’s Board that eventually led to the departure of CEO Jeff Jacobson, Fujifilm demanded “the benefit of the bargain” formerly agreed with the Xerox board, in the area of $1 billion (€866.1 million), with the final amount to be decided at trial.

According to Fujifilm, this total reflected “the value Fujifilm’s shareholders would have received had Xerox fulfilled its end of the bargain,” coupled with damages paid for what the Japanese company termed “intentional and egregious” behaviour by its American counterpart.

In response, Xerox’s new CEO John Visentin, who replaced the outgoing Jacobson, wrote an open letter to Shigetaka Komori, Fujifilm Chairman, in which he offered a robust rebuttal of the Japanese OEM’s claims.

“Fujifilm should realise that the internal accounting issues at Fuji Xerox were a result of their mismanagement, which made it impossible to close the announced transaction. We cannot stand by and let them further harm our iconic brand,” wrote Visentin, who called Fujfilm’s lawsuit “nothing more than a desperate and misguided negotiating ploy to save their takeover attempt.”

Xerox then appealed to the court to dismiss the lawsuit, but this request has been resoundingly denied, according to new court papers seen by The Recycler. District Judge John G. Koeltl passed the decision on February 22, seemingly granting the upper hand back to Fujifilm in the latest twist of this tortuous saga.

Legal website Law360 reports that Koeltl’s decision was rooted in the belief that Xerox’s case for dismissal was based upon “disputed facts, such as whether changes to the financial statements of the parties’ joint venture were material enough for Xerox to justify calling the deal off.”

Furthermore, Koeltl described Xerox’s arguments for dismissal as “thoroughly unpersuasive,” in particular the argument that the suit should be heard in a different court, consistent with the lawsuit that (temporarily) froze the merger in April last year.

Speaking to Law360 after Judge Koeltl’s decision, Fujifilm lawyer Andrew Stern said: “We were very pleased that Judge Koeltl agreed with our position and rejected Xerox’s arguments and has allowed us to proceed to prove our claims.”

It would appear that, although the joint venture seems dead in the water, there is still plenty more friction to come between the two companies who once looked set to be partners.