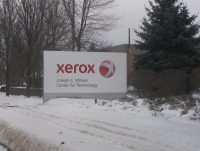 The OEM has recently laid off staff in a multitude of management positions.

The Democrat & Chronicle reports that union-represented employees, including manufacturing and production workers, were not affected by the redundancies. Gary Bonadonna, a union leader, revealed he first heard of the news when learning that his management liaison had lost their job.

According to WHEC, Xerox attributed the layoffs to “difficult decisions”; Sandy Mele, who was not dismissed, said: “It’s always nerve-racking. I’ve heard it was happening but it’s been so quiet. I haven’t heard much of anything.” Another employee, an outside contractor named only as Joe, admitted that “everybody’s nervous,” adding: “It’s to be expected. These rumours have been flying forever.”

The exact number of staff laid off by the Connecticut-based company is unclear. Earlier this year, IT software engineers and programme managers were among those laid off from its Webster, NY operations, with the company confirming that 900 jobs had been cut globally during Q3 of the financial year.

“It’s frustrating not knowing where we’re going and what we’re doing,” said Webster Town Supervisor Ron Nesbitt. “The problem is they keep on moving employees around and it’s like shooting at a dartboard. I don’t know who I’m talking to.”

Nesbitt further revealed that the increasing number of vacant buildings on the corporation’s campus was also becoming an issue.

“There’s a lot of buildings,” he explained. “There’s an empty 450,000 square-foot building. There is Building 200 that used to be a call centre that’s now empty. We want to fill those buildings up and put jobs there.”