Worldwide shipments of Hardcopy Peripherals increased 5.6% year-over-year in the fourth quarter of 2020, according to IDC.

Strong shipment growth in the second half of the year was responsible for the 0.4% overall unit growth for the full year 2020. Market value declined 12.3% for the whole year, however, due to low shipments of high-end office devices. 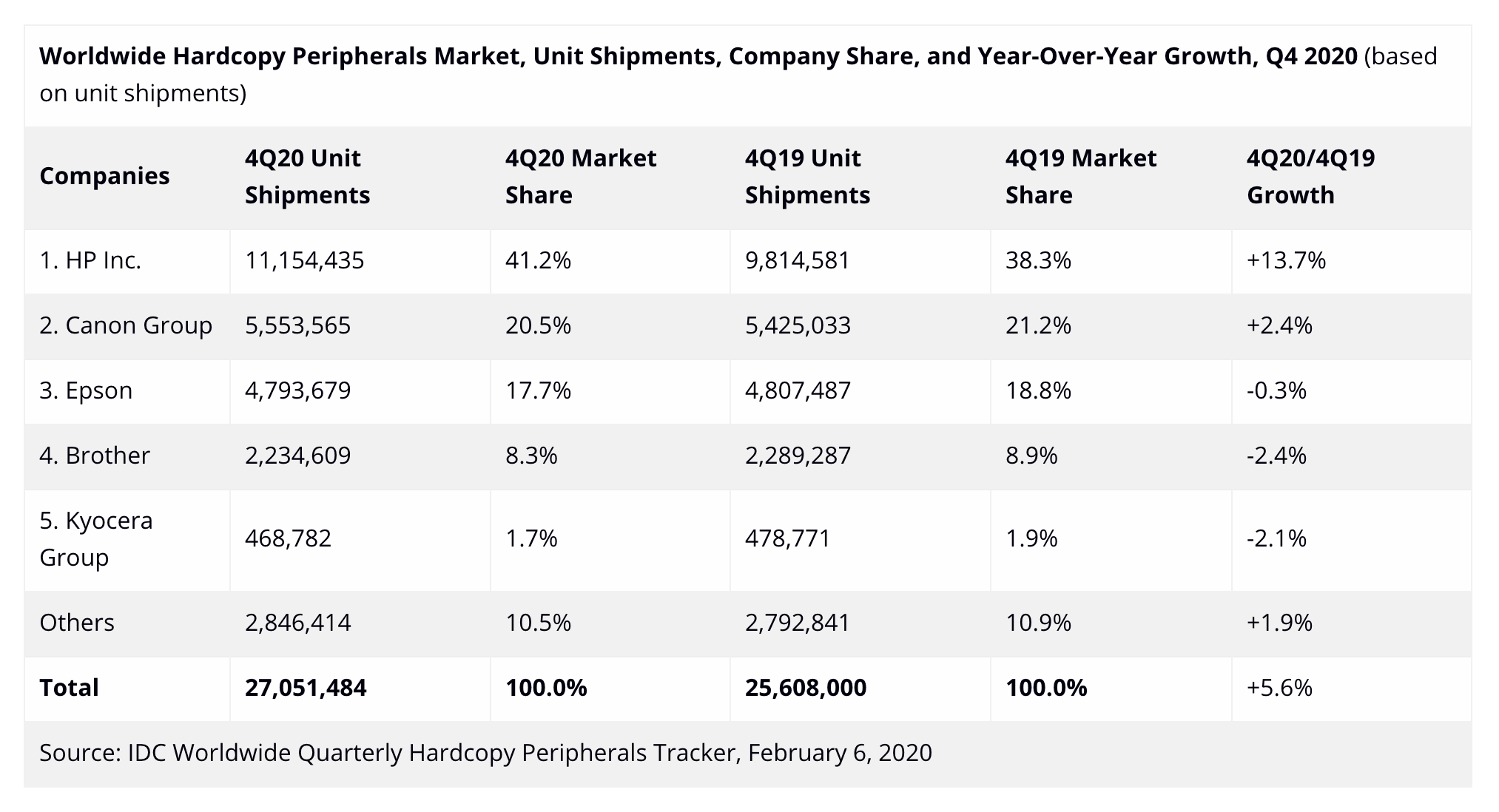 Notable highlights from the quarter include:
Year-over-year shipment growth was observed in six of the IDC’s nine regional markets, with China leading the way at 18.4%. Similar to last quarter, the common theme in 4Q20 was the increased demand for low-end consumer inkjets and monochrome laser devices, which were readily available toward the end of the year at competitive prices.

Both inkjet and laser markets posted year-over-year gains with shipments increasing 7.9% and 3.7%, respectively. In the laser market, low-end A4 monochrome laser shipments grew year over year due to working from home and home education needs.

HP Inc. outperformed all other companies in the top 5 in terms of shipment growth. The vendor delivered a year-over-year increase of 13.7% with worldwide shipments of nearly 11.2 million units in the quarter. 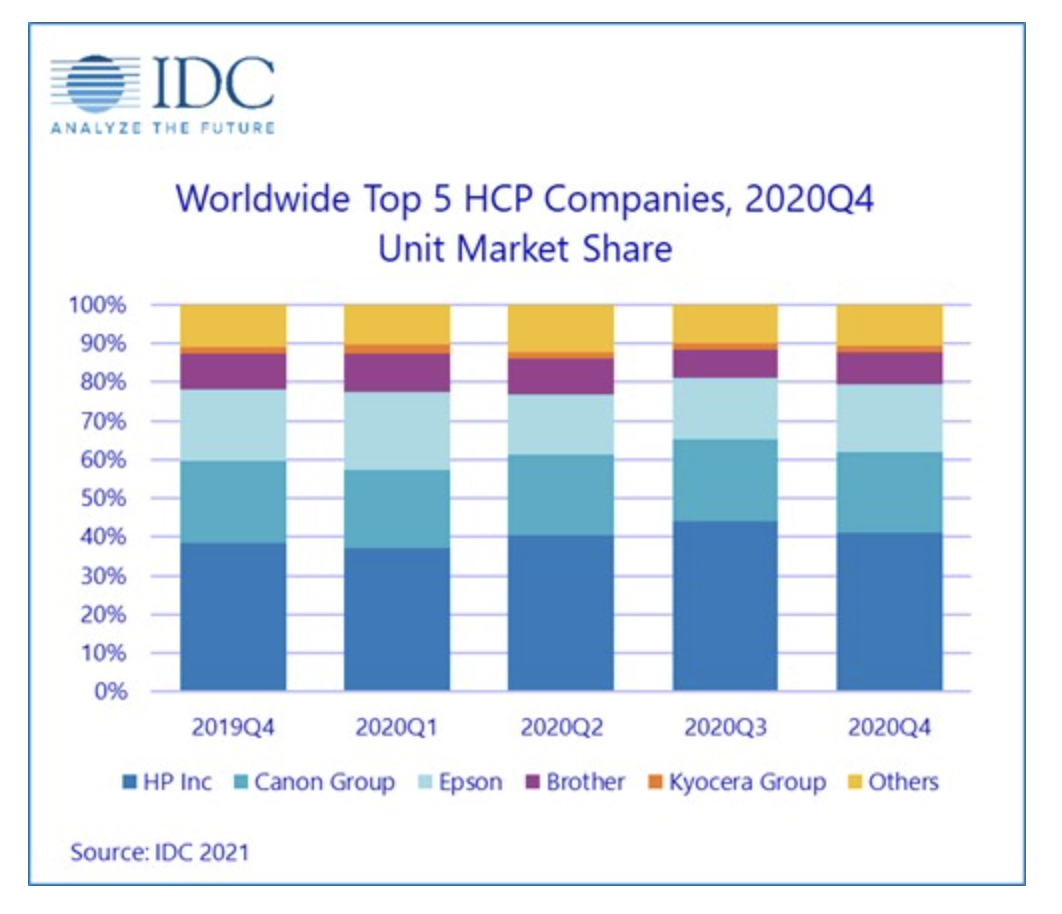