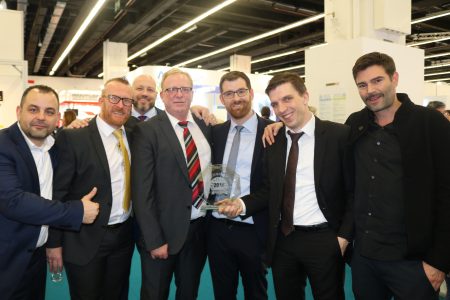 2019’s edition of the annual trade show takes place at Messe Frankfurt, Germany, from the 26th to the 29th of January, and with less than a fortnight to go, excitement and anticipation are reaching fever pitch. Over 120 exhibitors from across the globe have confirmed their presence, and they will be joined at the show by many hundreds of visitors from every corner of both the industry and the planet.

Among the exhibitors in Frankfurt will be wta Carsten Weser, which will be exhibiting at Booth A44, in Remanexpo’s new home of Hall 5.1.

Headquartered in the city of Suhl, in Thuringia, Germany, the company was founded back in 1997, and has since grown into “one of Germany’s leading corporations” in the branch of recyclable cartridge production, with over 130 employees.

wta Carsten Weser’s product portfolio currently features more than 1,400 different toner cartridges, as well as more than 200 inks, which it claims covers “nearly every supplier on the European market.” It currently produces around half a million cartridges every year.

“We are very much tied to our roots,” the company explained, “and put importance on the fact that our products are produced here [in Germany]. Therefore, ‘Made in Germany’ is not just a slogan for us, but a promise.”

wta Carsten Weser has had an especially fruitful relationship with Remanexpo in recent years, with 2018 seeing the company take home the prestigious title of Remanufacturer of the Year at The Recycler Awards for the third year in a row. Speaking to The Recycler afterwards, wta’s Business Development Manager Lee Fowler said he was “very, very pleased” at what he termed “a fantastic achievement.” The company will have the chance to make it four victories in succession in 2019, being once again nominated for Remanufacturer of the Year alongside six other companies; you can cast your vote in this and every other category, here.

wta Carsten Weser is just one of dozens and dozens of exhibitors due at Remanexpo, within the Paperworld trade show, and it’s still not too late to book your visit – simply click here to register and confirm your place as a visitor at Europe’s premier show for the aftermarket industry.

Last year’s Paperworld show welcomed thousands of visitors, with one big-name exhibitor describing it as “the world’s best office supply trade fair.” To revisit The Recycler’s coverage of the 2018 event, click here, here, here, and here, or check out our bumper review feature in Issue 304 – available here.