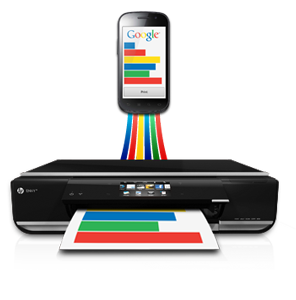 The Default Print Service was first debuted in the launch of Android 8 last year, and was a result of an ongoing collaboration with the Google Android team via the Android Open Source Project and the Mopria Alliance. The Default Print Service delivers convenient and intuitive printing with automatic printer discovery allowing easy printing to more than 3,000 models and 100 million deployed Mopria certified printers from any Android 8 or 9 device.

Wi-Fi Direct is a convenient feature that allows users to wirelessly connect their mobile devices directly to a compatible printer without joining a Wi-Fi network. This is an alternative to the standard method of connecting via a router to the same Wi-Fi network as the printer. Wi-Fi Direct printing uses an encrypted, point-to-point connection that streamlines printing because it does not require pairing or passwords.

“A key tenant of the Mopria Alliance strategy is to simplify print and scan while also focusing on improving the printing experience on Android,” said Brent Richtsmeier, Vice Chairperson of the Mopria Alliance Steering Committee. “Through continuous contributions to the Android Open Source Project, we will continue to make printing on Android as streamlined, secure and intuitive as possible.”

The Mopria Alliance is responsible for making printing and scanning solutions more accessible and intuitive for consumer and business users through the Mopria Print Service App and Library. To date, Mopria print technology has been installed on more than 850 million devices and has been used to print more than half a billion pages. Additionally, Mopria Alliance has recently released the Mopria Scan beta app with mobile scanning capabilities and the final release will be rolled out later this year.