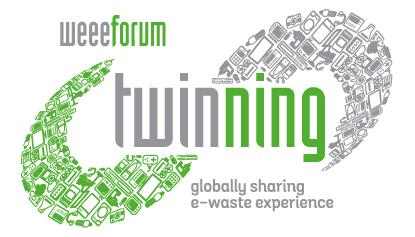 In July 2021 two new members will join the WEEE Forum, Lightcycle from South Africa and MoldControl from the Republic of Moldova.

The membership of MoldControl was made possible by the WEEE Forum’s newly launched Twinning initiative, which involves one of the more established PROs in the WEEE Forum twinning with an emerging system in a country where EPR has only recently been put in place, in order to benefit from sharing experience and knowledge. In this case Moldcontrol twinned with their neighbours, Romanian system ECOTIC.  Another ‘pair’ also joined the programme recently, creating links between Belgium (Recupel) and India (Karo Sambhav). Lightcycle and MoldControl bring the total number of Producer Responsibility Organisations (PROs) in the WEEE Forum to 45, this is more members than at any point in its 19-year history.

With worldwide e-waste levels continuing to rise by over 3% per annum, WEEE PROs are emerging across the globe, often ahead of the implementation of legislation in the countries in which they are based, and because of this they are not only helping to shape collection infrastructure and programmes in their countries but are also able to influence how e-waste legislation is put into practice.

As a result, they are reaching out to the WEEE Forum to tap into its knowledge and that of its current members, which have huge experience in operating under European legislation that has been in place for almost twenty years.

Lightcycle SA is a PRO established in 2018 in South Africa to organise nationwide collection of end-of-life lamp and associated lighting equipment. They currently represent 35 producers of the lighting sector that have a producer responsibility under newly published EPR regulations (05 May 2021) and must organise the financial and operational implementation of the EPR Scheme by autumn 2021.

MoldControl is an organisation founded by producers and importers in March 2018 and was fully licensed in 2020. It represents 65 producers of electrical and electronic equipment and takes back WEEE from the whole territory of Moldova.

MoldColntrol’s ‘older twin’, ECOTIC, was established in April 2006 and represents more than 600 producers. Since it became operational, ECOTIC has collected 200,000 tons of e-waste. In 2020 they ran 125 awareness-raising and collection campaigns reaching out to nearly 13 million consumers in Romania.

Since its inception in 2017, Karo Sambhav has recycled/ processed more than 16,000 tonnes of e-waste on behalf of 40+ electronics producers. Its programmes have engaged 3,000+ schools, 500+ bulk consumers, 5,000+ informal workers in 60+ cities across all states in the country. Karo Sambhav’s outreach activities have sensitised over 3 million individuals through 2,300+ workshops.