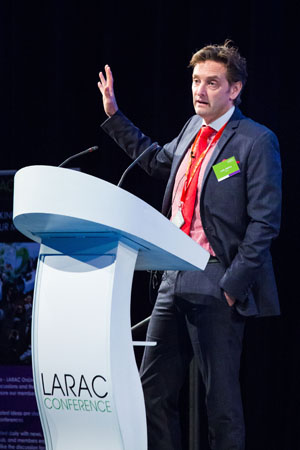 At a recent LARAC conference held in Nottingham, a new policy on waste and recycling developed by DEFRA and the UK government was unveiled by DEFRA’s Chris Preston.

Although the strategy could not be revealed in its entirety as it will not be published until the end of 2018, Preston explained “some of the rationale”, as Lets Recycle reports, and “indicated what it might contain and also what it won’t”.

Preston suggested that the new policy had the potential to “maybe go further” than EU plans, due to the freedom installed by Brexit.

He stated that, for the UK, it’s “critically important we manage our resources effectively for by 2050 the global demand for resources is predicted to treble, virgin materials will become scarcer and price volatility will become larger.

“So,” he continued, “it is timely to have a strategy this year which looks to move from the classic economies of the west where we take, make and dispose to one where we have resources in place for much longer and make better use of the resources we extract from the earth, and how we can make best use of natural capital.”

However, during his talk, Preston also decried the notion that waste was entirely “bad”, as it generates roughly £7.2 billion ($9.1 billion/€8 billion) to the UK economy on a yearly basis.

“This is no small contribution to the UK’s health and wellbeing and same time if those resources are managed properly also protects the environment and creates new resources and reduces pressure on resources elsewhere,” he explained.

He described the strategy as a “huge opportunity” for the UK, creating a chance to “forge a new path” outside of EU strictures and waste targets.

He also explained that the policy “will be one that is part of an agenda for the whole government” and noted that it would be structured around “the entire life cycle, looking at how things are produced, consumed and disposed of.”

He said: “At the end of the day, what we really want to encourage is people to recycle more and we get good quality of recycling at the other end of that.”