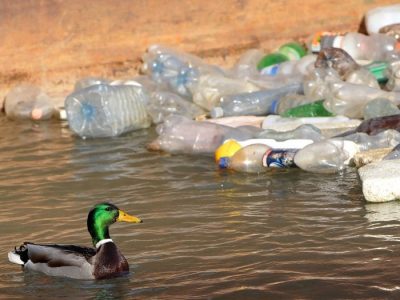 Michael Gove has told the UK Parliament about the rise in exports of plastic and paper to Malaysia, Turkey, Vietnam and Taiwan.

Following China’s well-documented ban on plastic imports, the Secretary of State for the Environment has revealed that exporters in the UK have begun sending increasing volumes of plastic waste and paper to non-China destinations such as Turkey, Taiwan and Vietnam, according to letsrecycle.

Gove “has also cautioned against burning plastic for energy recovery as an alternative to recycling”.

He told Parliament that, “On 1 January 2018 China imposed a ban on the import of certain types of waste including mixed paper and post-consumer plastics (plastics thrown away by consumers). In addition, some other types of waste, including all other paper and plastics exports, will have to meet a reduced acceptable contamination level of 0.5 percent from March 2018.”

He described “how ministers had been working to understand the potential impact of the ban and the action that needs to be taken”, and said, “We have engaged internationally to understand the scale and scope of China’s waste restrictions. The UK Government raised the issue with the EU in September. Alongside four other members, the EU subsequently questioned the proposals at the WTO in October.”

When it comes to managing plastic waste in the UK, Gove noted that operators “must continue to manage waste on their sites in accordance with the permit conditions issued by the Environment Agency.” When domestic reprocessing or export is not an option, operators should choose to manage their waste in a way “that minimises the environmental impact of treatment as fully as possible”.

Gove said, “This requires operators to ensure that where waste cannot be prevented or reused it is recycled where practicable, before considering energy recovery through incineration or the last resort of disposal to landfill.”

He described the waste recycling issue as “a top priority” for government, revealing that a new Resources and Waste Strategy will be published later this year, and explained:

“The Clean Growth Strategy, published on 12 October 2017, set out our ambition for zero avoidable waste by 2050 and announced we are exploring changes to the producer responsibility scheme. In December I chaired an industry roundtable on plastics and outlined my four point plan for tackling plastic waste: cutting the total amount of plastic in circulation; reducing the number of different plastics in use; improving the rate of recycling; supporting comprehensive and frequent rubbish and recycling collections, and making it easier for individuals to know what goes into the recycling bin and what goes into general rubbish.

“This builds on action the government has already taken to reduce waste. Our 5p charge on plastic bags has taken 9 billion bags out of circulation, reducing usage by 83%. On Tuesday 9 January, our world-leading ban on the manufacture of personal care products containing plastic microbeads comes into force. In October 2017 we announced a call for evidence on managing single use drinks containers and our working group will report to Ministers early this year.”

When it comes to reducing single-use plastic waste, keeping waste out of landfill and improving the current levels of recycling, Gove concluded, “China’s decision underlines the need for progress in all these areas. In particular, we must reduce the amount of waste we produce overall and in particular the amount we export to be dealt with elsewhere. We will set out further steps in the coming weeks and months to achieve these goals, including in our forthcoming 25 Year Environment Plan.”